Storey appeared as a guest on the latest episode of the Totally Football Show podcast and the panel discussed multiple issues involving the Reds. One topic of discussion was Thiago’s role at Liverpool and Storey issued one concern about how his playing style can hamper Liverpool. He feels that the Spaniard and Georginio Wijnaldum can make Liverpool slower in possession.

The Reds recently lost 3-2 to Manchester United in the FA Cup. Thiago had featured in that game but the Spaniard was taken off in the 81st minute of the tie. He picked up a rating of 7.03/10 in the game, as Bruno Fernandes struck late to knock Jurgen Klopp’s men out of the competition (as per WhoScored). The 29-year-old is currently valued at £43.2m.

Do you believe Thiago's playing style is an issue for Liverpool? 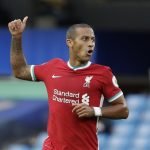 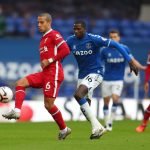 Storey believes that Liverpool should only play Thiago or Wijnaldum at once but this issue can get better in the future.

He said: “I think it is a worry in the short-term but it will be better moving forward is – two things. Firstly, he is so orchestral in how a team plays that you can’t just slot him in and he gets a run in the team like you might with a wide forward, or maybe even a full-back, or a Fabinho at centre-back. When he is in the team, he will dominate possession, so everyone needs to be completely clued up with how he’s playing. I do also think that with him and Gini Wijnaldum – and Wijnaldum is obviously potentially leaving – I think it would work best with one or the other.

“I think they both like to take a couple of touches before playing the pass. You kind of miss that one-touch passer or that driving passer which maybe Henderson provides. So I think the two of them there can sometimes make Liverpool look a bit slower to get the ball from back to front.”

This shows that he succeeds in a lot of good things on the ball and because of that, Liverpool might have to build a system around the Spaniard rather than Wijnaldum.