The Athletic’s Liverpool journalist James Pearce has recently relayed an update about the fitness of the club’s defender Joel Matip.

Pearce appeared as a guest on the latest episode of the Totally Football Show podcast and the panel talked about multiple issues in the Premier League. One topic of discussion was the upcoming clash involving Liverpool and Manchester United. Pearce talked about the fitness of Matip and he had bad news to share about the defender. 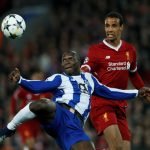 Matip last appeared for the Reds in their 1-1 draw against West Bromwich Albion in the Premier League back in December. He played only 60 minutes of that tie, but came off because of an adductor problem. He had missed as many as 20 games for the Reds last season as well.

Pearce revealed that the Man Utd game might just come too early when it comes to Matip’s fitness.

He said: “I think from a Manchester United viewpoint, they will be licking their lips at the prospect of trying to prey on Liverpool’s vulnerability in that centre-back position because Jurgen Klopp’s got a big decision to make. Joel Matip is facing a real race against time to be fit. I think it seems to be at the moment, it is probably going to come too soon for him. So then, he’s faced with a real dilemma.”

Because of Matip’s injury, Liverpool don’t have a single senior centre-back fit, as Joe Gomez and Virgil van Dijk are also out. In their most recent league game against Southampton, Klopp had to play Jordan Henderson and Fabinho at centre-back and they ended up losing that game.

That is a reflection of how a lack of fit centre-backs is costing Liverpool and considering the importance of the game against the league leaders, Klopp would ideally want his best defenders to play. So this could be a problem for Liverpool against United, who have scored the second-most number of goals in the campaign.