The Athletic’s Liverpool journalist James Pearce has recently delivered an update about Thiago Alcantara’s fitness ahead of their game against Manchester United.

Pearce appeared as a guest on the latest episode of the Totally Football Show podcast and the panel talked about multiple aspects of the upcoming game involving Liverpool and Man Utd. Pearce was asked about Thiago’s fitness ahead of the game at Anfield and he delivered a positive update about the Spanish midfielder.

Thiago had arrived at Liverpool in the summer transfer window from Bayern Munich for a fee that could rise to £25m with bonuses. The Spaniard though, has been troubled by injuries during his time at Anfield so far. He has missed 21 games already for the Reds.

Will Thiago start against Man Utd? 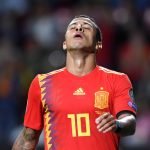 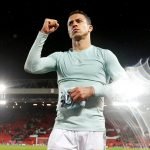 Pearce made it clear that Thiago has trained with the first-team recently and there is no reason to believe that he wouldn’t start against Ole Gunnar Solskjaer’s men on Sunday.

He said: “He was certainly involved in yesterday’s session at the AXA Training Centre. So yeah, I’ve got no reason to believe at the moment that he won’t be starting. As long as he’s fit, and like I said, he played a full part in the session yesterday, then I fully expect him to be out there. Klopp has been careful not to overburden him with playing time because it was a really horrible injury he suffered after that horrendous challenge from Richarlison in the Merseyside derby back in October.

“A few times, he was on the brink of a comeback and then broke down again, suffering from discomfort in his knee. He has had those outings against Southampton and against Villa. Of course, you have to class it against the fact that Villa were playing a very, very youthful team, but he just makes a big difference.”

For the Reds this season, he picked up good ratings against Southampton and Everton too. So if he is fit, his presence might be a boost for Liverpool. Since United are at the top of the league, Liverpool would want their best players fit and ready.