During the summer transfer window, the Reds sealed the arrival of the Portuguese attacker from Wolves in a deal which could be worth up to £45m (as per BBC).

Since moving to Anfield, the 24-year-old winger has made 17 appearances in all competitions, in which he has scored nine goals and not provided an assist (per Transfermarkt).

However, the attacker has been absent for several weeks now after he picked up a knee injury against FC Midtjylland in December (per Liverpool).

In the latest episode of the Tifo Football Podcast, Stewart discussed Jota’s future at Liverpool and suggested he could force Firmino out of the front three.

When asked if Jota could replace Firmino, he said: “I mean, I think given Jota’s hot streak when he started at Liverpool and the fact that he’s been missing through injury, that is a significant problem for Liverpool.

“Not just in terms of the goalscoring threat, but also an opportunity to refresh that front three.

“So, whether he’ll replace him or not, I think he’s certainly going to become more of an option, once he’s back, to try and freshen that stuff up.

“If that happens, I would see Jota probably playing in a wide position and [Mohamed] Salah playing through the middle.”

TIF Thoughts on what Alex Stewart said about Diogo Jota…

As can be seen in what the journalist had to say, he believes that after the Portuguese winger returns, he can see him being played out wide while Salah takes Firmino’s position through the middle.

Who would you rather have starting in attack for Liverpool? 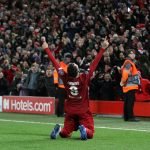 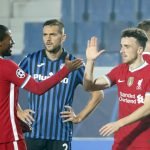 However, during his career, the 24-year-old forward has played 43 games as a centre-forward, in which he has bagged 22 goals and provided nine assists (per Transfermarkt).

Meanwhile, Liverpool’s 29-year-old striker has managed to bag 70 goals and 57 assists over 190 appearances as a centre-forward during his career.

While the volume is much greater, his goals-per-game ratio is lower than Jota’s as the Portuguese attacker has 0.51 and Firmino has 0.37.

So, that could suggest that Jota would be able to replace the Brazilian forward as the Reds’ central attacker upon his return from his knee injury.