Leeds United fans have been reacting to comments made by defender Pascal Struijk about his time at the club, as well as his recent performances.

The 21-year-old centre-back has found opportunities hard to come by since joining the club last summer, but has recently been given a run in the first-team in recent weeks as the club battles through a little bit of a crisis when it comes to defenders. And he seems to have taken the opportunity with both hands, keeping back-to-back clean sheets in the past two games.

He recently spoke about his run in the team to BBC Radio Leeds, and also gave fans a glimpse into his style of play.

Needless to say, Leeds United fans couldn’t get enough of those comments, as they took to social media to show their affection for him, with some saying how impressed they have been and how he might keep his place in the side even when the injury problems have abated:

“I was sad to see Ben White go, but this guy has stepped up massively in the last 6 months, we may have saved tonnes of money on a future CB with this guy. He’s another Rolls Royce.”

@Walnut_LUFC
“Been watching him since he arrived here and has got better every year. Imo he gives us a lot of what Ben white gave us the coolness nothing looks a effort anticipation the passing vision at the back I feel we’ve missed this season. Best header of the ball at the club too”
@AllwaysLeeds
“He’ll be a top CB and is built like a Leeds Rhino!”
@LeedsMann15
“Great player, very good on the ball and well able to defend. Cooper will have a job on his hands getting his place back.”
@ROI_LUFC
“He is in great form, passing better and great positioning for set pieces! I dont think coopers place is guaranteed when fit!?”
@Kriss_Hill
“He’s coopers replacement, Cooper won’t get back in after his injury”
@footballer10875 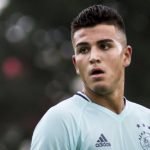 Although with Tottenham coming up in their next match and the fearsome duo of Harry Kane and Son Heung-Min, it might be worth lowering expectations just a tad until we see how well they do against the deadly combination.