A lot of Leeds United fans have flocked to a post from Leeds United Live on Facebook to comment on a story linking them with Julian Draxler.

According to Gazzetta dello Sport (via TeamTalk), the Whites are interested in signing the PSG man, with the report claiming that Leeds would face competition to sign Draxler.

Still, with just six months of his contract at PSG remaining, he can talk to other clubs about a pre-contract agreement.

This has drawn the attention of these Leeds fans who are not interested in signing Draxler. 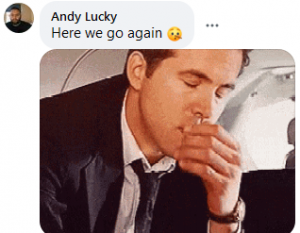 The German international has missed 38 games due to injury while he has been with PSG, so it is no real surprise that these Leeds fans are not keen on signing the former Schalke man.

Yes, he could be a great signing

Draxler was once considered one of the rising stars in world football, but this season he has made just nine appearances for PSG, and last season he only made 22.

However, he is still only 27 and could have plenty of time to turn his career around, but it seems that these Whites fans are not that happy with this link, and it will be interesting to see if Leeds do make a move for Draxler or not.