Everton: David Prentice airs his belief that Cenk Tosun will miss out against Wolves | thisisfutbol.com

Everton: David Prentice airs his belief that Cenk Tosun will miss out against Wolves

The Liverpool Echo’s head of sport David Prentice has aired his belief that Everton’s Cenk Tosun will miss out on a starting place against Wolverhampton Wanderers.

In the latest round of Premier League fixtures, the Toffees travel to Molineux tonight to take on Nuno Espirito Santo’s Old Gold in an 8:15pm kick-off (per Premier League).

Carlo Ancelotti’s side arrives into the game off the back of a 2-1 victory against Rotherham United in the FA Cup (per BBC).

With the game having gone to extra-time, the Toffees’ Turkish forward played the full 120 minutes and also got on the scoresheet for Everton early on as he opened the scoring (per Transfermarkt).

During the latest episode of the Liverpool Echo’s Royal Blue: The Everton FC Podcast, Prentice aired his belief that Tosun will not have regained fitness quickly enough for the clash with Wolves.

He said: “Personally, I don’t think he’s got a chance of playing [against Wolves] because he just looked absolutely destroyed at the end of the game.

“If you saw him when he collapsed against that advertising hoarding in time added on of extra time, you thought he wasn’t going to get back to his feet again.

“I was concerned because he did look like a man who clearly hadn’t played for a long time and was suddenly asked to play the best part of two hours and it looked like he was absolutely blowing for tugs by the end.

“We’ll see. Obviously, they’ve done all the scientific tests, they’ll know if he’s capable of going out there again and producing a performance.”

TIF Thoughts on what David Prentice said about Cenk Tosun…

As can be seen in what the journalist had to say, he believes that the Turkish striker will not have recovered his fitness quickly enough to feature against the Old Gold tonight.

If he is fit, should Tosun play against Wolves? 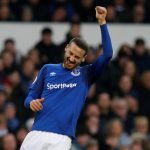 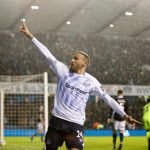 That will likely come as somewhat of a disappointment following his performance in the FA Cup as the 29-year-old forward delivered a solid display.

Having bagged a goal, Tosun earned a 7.32/10 match rating against the Millers, making him Everton’s joint-fourth-best performer on the day (per WhoScored).

So, it would be unfortunate if he could not carry that momentum into the game with Wolves.