Everton: Carlton Palmer believes Toffees duo will be off | thisisfutbol.com

Former England international Carlton Palmer has recently aired his belief that both Cenk Tosun and Bernard will leave Everton this month.

Of the two players, the Turkish striker has been situated at Goodison Park the longest having been signed from Besiktas in the 2018 January transfer window for £20.25m (per Transfermarkt).

The Brazilian winger then arrived just under eight months later as he signed for the Toffees on a free transfer from Ukrainian outfit Shakhtar Donetsk in the summer of the same year.

Speaking to Football FanCast recently, Palmer aired his belief that both players will no longer be situated in Merseyside by the end of the transfer window.

When asked if he believes both will leave, he said: “Yeah, absolutely. I don’t understand any player that is not currently playing [wanting to stay at a club].

“You’ve got to assess yourself. If you’re out of the team because the team’s playing well, then that’s not a problem. You get your head down and work hard and try and get back in the team.

“But if you’ve had a conversation with the manager and you’re not in the manager’s plans, I don’t see [why you would stay].

“It’s a short career, get yourself out and go and play. I just don’t get it. Especially in the Premier League, now.

“It’s not like back in the day, when I was playing, well, in the early days, towards the end, the big money was coming in.

As can be seen in what the retired midfielder had to say, he “absolutely” believes that both players will jump ship before the transfer window closes on Monday.

Which player would you rather see leave before Monday's deadline? 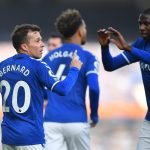 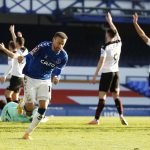 If both Tosun and Bernard were to leave the Toffees during the current transfer window, they are unlikely to be disappointing departures for Everton fans.

So far this season, the Turkish forward has been the Merseyside outfit’s worst-rated performer still at the club with a 5.93/10 average rating over five top-flight appearances (per WhoScored).

Bernard has been better over six outings in the league, having earned a 6.57/10 average rating, however, he has still been the ninth-worst performer still at the club.

So, it seems unlikely that either player would be missed at Goodison Park if they departed before the current window closes.