The Liverpool Echo’s head of sport David Prentice has been discussing the recent form of Everton attacker Richarlison.

Over Everton’s first three Premier League matches of the season, the 23-year-old Brazilian bagged a solid return in front of goal with one goal and two assists (per Transfermarkt).

However, since then, Richarlison has made a further nine appearances in the league and he has only added one further goal and assist to his tally.

His last two outings have been particularly poor, as he failed to score above a 6.50/10 match rating in both the win against Arsenal and the defeat against West Ham United (per WhoScored).

During the latest episode of the Liverpool Echo’s Royal Blue: The Everton FC Podcast, Prentice aired his thoughts on Richarlison’s current form.

He said: “I wish I knew the answer [to why he’s been poor] because he’s so important to us and you know you’re always going to get a shift from him – his attitude is always absolutely top class.

“Which is why Carlo [Ancelotti] very rarely withdraws him, he’s normally on the pitch until the final whistle because there’s always a prospect of him pulling something out of nowhere.

“But whatever he’s trying at the moment just isn’t quite coming off and I don’t know what that is – is it a confidence thing? Has he just played a bit too much football? I wish I knew the answer.

“There’s no doubt whatsoever that he is actually toiling at the moment, he’s struggling for form. Would he benefit from being pulled out of the firing line for a game or two? I’m not so sure he would.

“You get the impression he’s one of these players that hates not being involved. He’s got to be on the pitch all the time. He’s the kind of player that probably needs to play through it.”

As can be seen in what the journalist had to say, he believes that the Brazilian is not delivering his usual standards at the moment, however, he needs to play through it.

Should Richarlison be dropped for a few games? 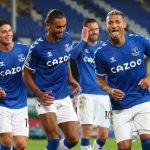 Yes, he should be 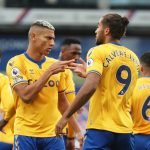 Despite the recent dip, Richarlison has still been Everton’s third-best player in the Premier League this season with an impressive 7.26/10 average rating (per WhoScored).

So, it is clear that the forward is a key player for the Toffees when he is at his best and hopefully, he can get back to that before too long.