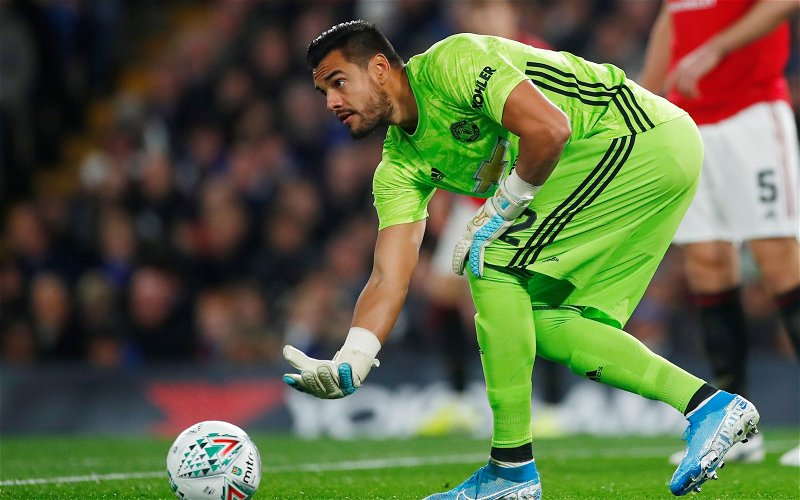 Brighton and Hove Albion are reportedly interested in bringing in Manchester United goalkeeper Sergio Romero, according to TalkSPORT’s Alex Crook.

The position has been somewhat up in the air this campaign; with Mathew Ryan, Jason Steele and Robert Sanchez all being given their opportunity to impress Seagulls boss Graham Potter, but it looks as if none of them are up to the task and he’s being forced to look elsewhere.

Speaking on talkSPORT’s Game Day Football Podcast (24:04), Crook claims that they are looking at bringing in the Argentinian to add some solidity to the position, with the Red Devils seemingly willing to let him go:

“My understanding is they would be willing to let him join Brighton who aren’t seen as a premier league rival. I think it’d be a good signing for Brighton I’m not convinced by Robert Sanchez and clearly, Matty Ryan, is not the answer. Graham Potter has made that abundantly obvious.”

Will Brighton stay up this season? 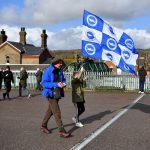 Bringing in someone like Romero certainly would be a substantial upgrade on what they currently have. If you take a look at their respective save percentages this season Ryan and Sanchez are saving around 55% of the shots they have faced.

Compare that to Romero’s career average of around 78% and you can see, even if he is a bit rusty having not played since the Europa League games in August, you stand a much better chance of keeping the ball out of the net with him between the sticks than the other two.

And given how perilously close they are to the drop right now, they are going to need all the help that they can get in order to get them over the line. And with the fourth-worst defence in the league, it’s clear what the priority position is for the Seagulls this window.