This comes after Rolinson recently hosted a recent transfer-related episode of the Birmingham Mail’s Claret & Blue Podcast where he spoke about a range of topics concerning Dean Smith’s side.

On the subject of Samatta, who is currently on a season-long loan deal at Turkish side Fenerbahce, Rolinson had this to say on the matter. (12.18)

He said: “He looked okay to begin with, he scored that goal at Wembley, the header against Bournemouth and it was like [he’s an] okay player but for where Villa want to be, he’s never going to be enough to be in the squad even probably I don’t think especially since Villa have taken such a step up from last year to this, that he’s never going to be around it anyway so he’ll come back and be sold.”

Villa signed the striker back in the previous January transfer window from Belgian club KRC Genk for a fee of £9.45 million after Wesley picked up a serious injury earlier in the month.

Before leaving on loan to Fenerbahce, the 28-year-old made 16 appearances for the Birmingham club but only managed to score two goals in that time.

Given how in his deal with Fenerbahce included the first year on loan followed by a permanent transfer, it would appear that Samatta no longer has a future at Villa and will remain at the Turkish club for the next few years.

Has Mbwana Samatta been Villa's worst signing under Dean Smith? 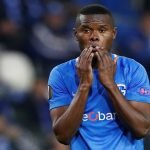 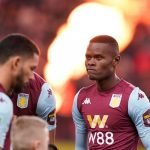 However, given how the striker, who is valued at £7.2 million (as per Transfermarkt), has only managed to score two goals in 10 league appearances in Turkey, maybe getting rid of Samatta on a permanent deal was a good decision from Villa.