Charles Watts thinks that it is looking inevitable that Reiss Nelson will be leaving Arsenal this transfer window.

The 21-year-old has been used sparingly this season, only making nine appearances for the first team, of which five of them were starts, so barring anything disastrous, he doesn’t look to be part of Mikel Arteta’s plans this season.

And it certainly wouldn’t be a total shock to see him sent out in some form this window, he was reportedly one of the players the Gunners were willing to give up in order to sign Emiliano Buendía from Norwich City in the early stages of the month.

And speaking on his show, Watts sees it as extremely likely that he won’t be a member of the Arsenal for the remainder of the season:

“I think Reiss Nelson is absolutely looking more and more certain to go, I’ll be very surprised if he stayed. What’s the point, because he’s not getting anywhere near the team at moment, and at his age, you want to be playing football, you want to be developing and continuing to progress.

“And he’s not doing that at Arsenal, because he’s not getting a look-in, and when you look at the players ahead of him now in the pecking order, you don’t really see a way into the starting 11 or even close to it for Reiss Nelson at the moment. So you might as well get him on loan. So I’m pretty sure that’s something that’s going to be happening.”

Would you like to see Reiss Nelson go out on loan? 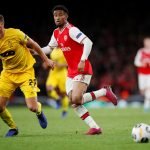 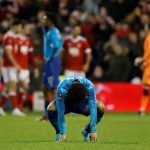 Watts is certainly right that his place in the pecking order makes his future a lot easier to decide. Compare him to another Gunner who could be heading out on loan in the form of Ainsley Maitland-Niles, who has arguably made more of an impact on the team, and you can see why it would make more sense to loan Nelson out of the two – with the winger appearing on fewer than half the amount of occasions as his Gunners teammate so far this season.

As we at This Is Futbol have discussed before, Maitland-Niles is potentially more like someone who is needed now to help steer Arsenal through this season. Nelson, though, is certainly someone whose place seems more for the future rather than the present. So letting him go now would make a lot of sense and then the club can address his future again in the summer.