Pundit Ger Gilroy has recently made a claim about how Arsenal should deal with the situation of Matteo Guendouzi.

Gilroy appeared as a guest on the latest episode of the OTB Football podcast and the panel discussed multiple issues involving European football. One topic of discussion was Guendouzi’s situation at Arsenal. Gilroy believes that as much as the midfielder can contribute to the club’s first-team in the near future, Mikel Arteta seems to have made a decision about the Frenchman already.

It has recently been reported that Paris Saint-Germain are looking to offer Arsenal Julian Draxler in a potential swap deal for Guendouzi. It has been stated that Arsenal’s interest in Draxler has intensified following their apparent failure to sign Julian Brandt from Borussia Dortmund. The 21-year-old Guendouzi is currently on loan at Hertha Berlin and he joined the Bundesliga side in the summer of 2020. He is currently valued at £28.8m.

Should Arsenal swap Guendouzi and Draxler? 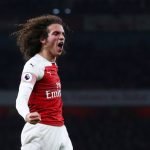 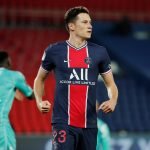 Guendouzi was recently seen arguing with his Hertha teammate Matheus Cunha during a game that the Bundesliga side lost and has a history of getting involved in confrontations.

Gilroy feels that Guendouzi was in the same bracket as Mesut Ozil and he might not have a future at the Emirates anymore following his latest in-house argument.

He said: “Guendouzi has been involved in another inside-the-club bust-up recently, hasn’t he? Which doesn’t necessarily paint things too well. I think if Arsenal can be doing as much as they possibly can to get rid of Guendouzi, I think that’s all the positivity that they need. You can make a case of he is a player who might start for Arsenal if he fills his potential over the next little while, but clearly, the manager has made a decision on his future at the club and he was in the same bracket as Mesut Ozil where he doesn’t really want him. He’s the gaffer, what he says goes.”

Even at Arsenal last season, Guendouzi had taunted Brighton players during a match back in June about their wages – and has not appeared for the Gunners since then.

Because of these things, it is understandable why Arteta would have concerns about Guendouzi’s attitude. The 21-year-old never exactly performed consistently for the Gunners, so moving on from the midfielder might make sense for Arsenal.