This comes after Madeley recently made an appearance on The Athletic’s Ornstein & Chapman Podcast where he spoke about a number of topics concerning Sam Allardyce’s side.

On the topic of Pereira and his current contract situation, Madeley had this to say on the subject.

He said: “I’ve been told by a couple of different sources that the Matheus Pereira, who wowed West Brom and almost seduced the West Brom fanbase last season, who was happy smiling, the centre of everything has kind of given way this season to a much [quieter], withdrawn Matheus Pereira and one of the reasons for that, I’m told, not the only one, but one of the reasons is the ongoing contract talks which aren’t going as he thought they would.”

West Brom signed the Brazilian on a permanent deal from Portuguese side Sporting Lisbon back in the previous summer transfer window for a fee of £7.43 million after he had spent the previous year on loan at The Hawthorns.

So far this season, the 24-year-old who is currently valued at £11.7 million, has made 14 appearances for the club across all competitions in which he has managed to score two goals and provide three assists along the way (per Transfermarkt).

Taking into account what Madeley said in the podcast and with West Brom reportedly offering Pereira a new contract back in October, this suggests that there could be some issues going on behind the scenes in regards to this situation and the fact that he hasn’t signed this reported new deal yet. 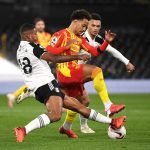 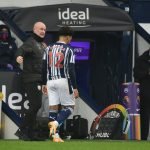 With Pereira having failed to score a goal for the Baggies in the Premier League since his first league goal of the season back in September, there’s a chance that this issue with his contract could be impacting his form on the pitch, which is not good for anyone.