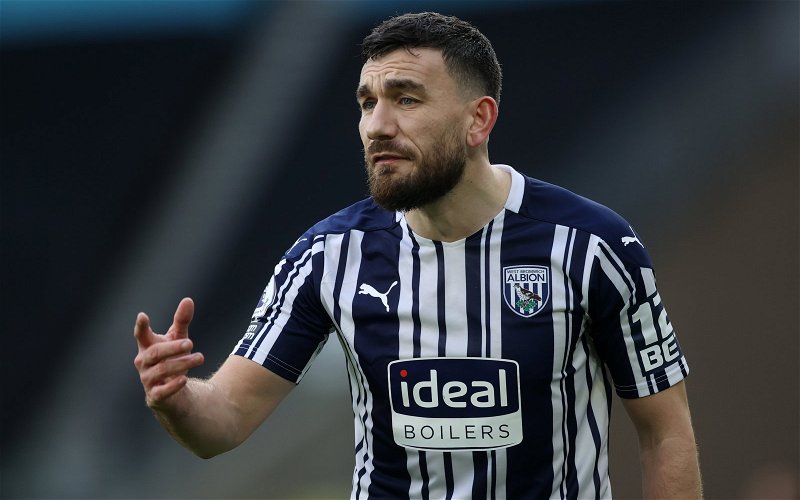 Earlier this month, West Bromwich Albion sealed the arrival of the Scottish winger from West Ham United on an 18-month deal (as per BBC).

Following his arrival at The Hawthorns, the 33-year-old forward featured in the 3-2 win against Wolves, however, was not included in the matchday squad against the Hammers (per Transfermarkt).

That has led to the top flight launching an investigation as Sam Allardyce admitted he was left out of the squad because of “an agreement between the clubs“.

During the latest episode of The Price of Football podcast, Maguire discussed this investigation into the transfer of the attacker.

He said: “Sam Allardyce revealed that as part of the agreement for Robert Snodgrass being transferred from West Ham to West Bromwich Albion, he wouldn’t play in this match.

“Now, that is in breach of Premier League and FA rules which say, effectively, in the result of a final transfer, the selling club has no influence over what the player does in terms of his relationship with his new employer.

“I think Big Sam then realised when this was pointed out to him, he was trying to walk back, and David Moyes was doing a meerkat impersonation, just looking very wide-eyed and saying, ‘It’s all news to me.’

“I can see that the Premier League [is] launching some sort of investigation; whether this will null and void the transfer in due course, we don’t know.

“Where this leaves Robert Snodgrass in terms of West Brom’s next match, I don’t think they’ve got a match this weekend because they were knocked out of the FA Cup a couple of weeks ago, but it is messy.”

As can be seen in what the football finance expert had to say, he believes there is a chance that the transfer could be “null and void” by the top flight and that it is a “messy” situation.

Are you worried about the Premier League's investigation?

Yes, it is a concern

During his debut game for the Baggies, Snodgrass was a key player for West Brom against Wolves as he picked up an impressive 7.21/10 match rating, making him their fifth-best performer (per WhoScored).

So, if Allardyce was to lose the winger, then that would certainly be a bitter blow for them, with the Midlands outfit currently struggling in the top flight.