West Brom’s 31-year-old left-back has been situated at The Hawthorns since the summer of 2017, having joined the club in a £6.75m deal from Arsenal (per Transfermarkt).

In his time with the Baggies, Gibbs has made 95 appearances for the Midlands outfit, in which he has managed to bag five goals and provide teammates with nine assists.

Of the known player wages in Sam Allardyce’s side, the Englishman is the second-highest earner at the club on £55,000 per week (per Spotrac).

During the latest episode of the Express & Star’s Baggies Broadcast, Masi discussed the future of the defender and made a claim on what could be in store for Gibbs.

He said: “I personally think they need a full-back. I think they’d listen to offers for Kieran Gibbs if anyone’s interested in him.

“I think they’d bring in a left-back if they could because obviously, Conor Townsend’s injured and Gibbs is so injury-prone it’s untrue, really – I mean, he got injured in the warm-up against Leeds.”

TIF Thoughts on what Joseph Masi said about Kieran Gibbs…

As can be seen in what the reporter had to say, he believes that the Baggies will listen to offers for Gibbs in January and that they’ll be looking to bring a new left-back in. 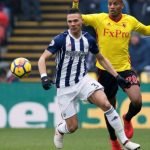 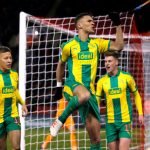 In the Premier League so far this season, the English defender has made six first-team appearances for West Brom, in which he has neither scored nor assisted a goal (per WhoScored).

Over those appearances, the left-back has been in relatively poor form as he has earned a weak 6.12/10 average rating, making him the fourth-worst performer for the club.

So, that would seemingly suggest that the £2.88m-rated full-back’s presence would not be missed if he was shipped out by Allardyce in January.