Many Leeds United fans have been responding to a Facebook post from Leeds United – YEP which shares news emerging from Tuttosport (via Sport Witness) that Marcelo Bielsa’s side have been linked with a move for Spezia forward M’Bala Nzola.

After achieving promotion from Serie B last season, Spezia currently sit outside of the relegation zone in Serie A and it may be fair to say that Nzola has been a key player for them this term. The attacker is currently Spezia’s top league goalscorer with nine to his name ahead of the Italian club’s clash with Torino on Saturday.

After sharing that the 24-year-old has been linked with the Whites, this Facebook post from Leeds United – YEP asked fans of the Yorkshire club if they’d like to see their side move for a striker to offer more competition to Patrick Bamford.

So, how have these Leeds United fans reacted to this post? 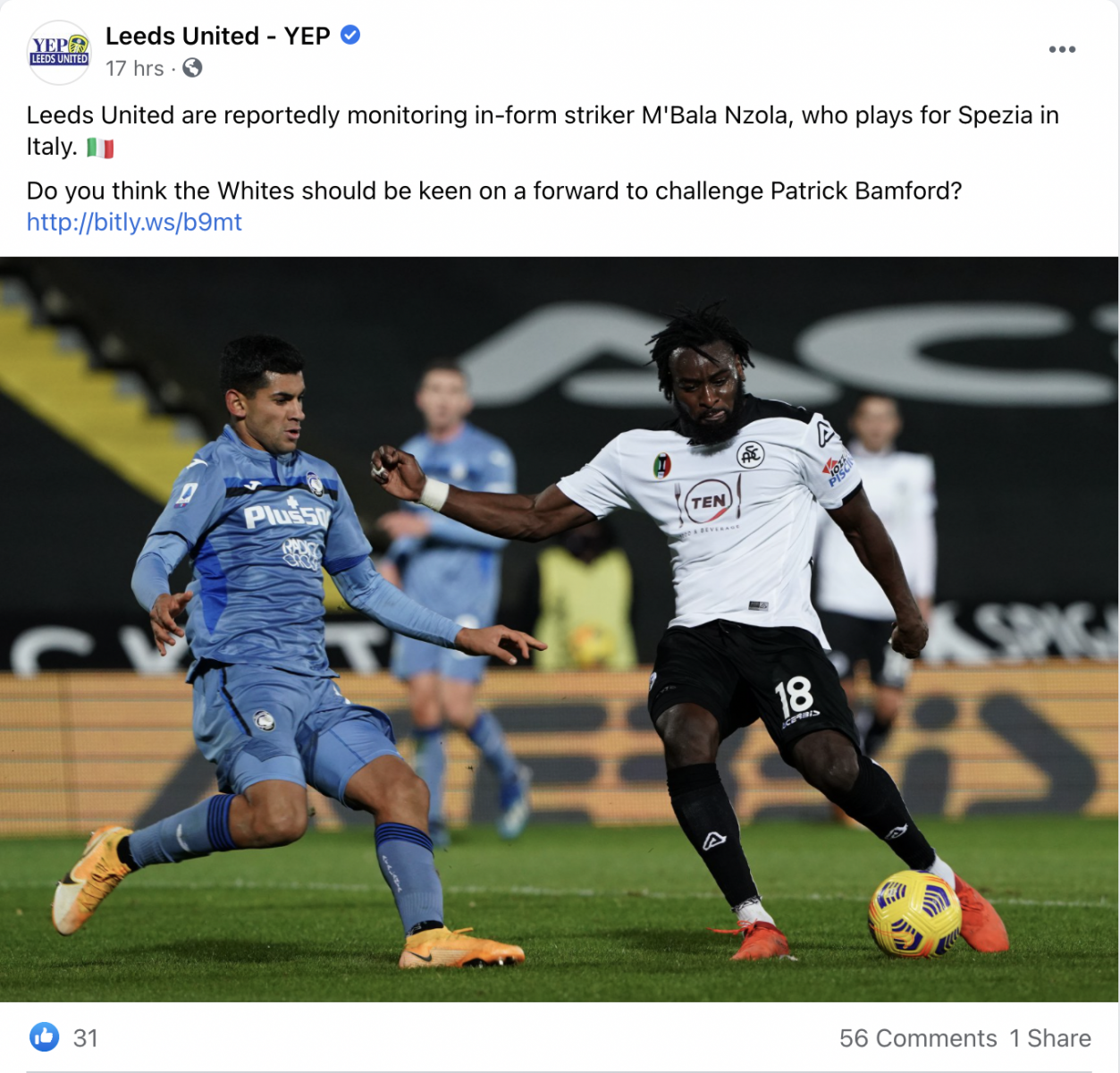 This post caught many Whites fans’ attention, with plenty of them sharing that they do want to see a striker brought to Elland Road.

All in all, it may be fair to say that these Leeds fans have made it very clear that they want to see a new striker at the Yorkshire club and it will be interesting to see if the club does make a move for Nzola.