Leeds United fans have been getting rather emotional after comments made by Marcelo Bielsa about former player Ben White.

This weekend’s game with Brighton & Hove Albion offers a chance for White to play against the side he spent last season on loan at for the very first time.

And to say the defender went down a storm during his time at Elland Road last season would be an understatement. He won the club’s Young Player of the Year Award, as well as being selected into the Championship’s PFA Team of the Year.

That may be why Bielsa was so complimentary to him in his press conference ahead of the clash, calling him an ‘excellent professional as well as a teammate’ – words that Leeds United fans were more than happy to echo as they talked about their feelings towards the 23-year-old:

“If it was a full house, every fan would stand up n applaud Ben. Probably the only opposition player we’d happily sing n chant for in years. #FreeBenWhite”

@Carlianleeds
“He’ll never be happy until he’s back at Leeds. Free Ben!”
@KING_GELHARDT
“Great player and integral to our goal last year!! Top man top player!! Thanks for your service Mr White!!”
@LLjunkie
“Tear to eye buds. Hope you’ve seen this @ben6white bud”
@CamBurrows92
“Never forget what he did for our city”
@jacobduscher8
“Is somebody cutting onions???”
@TingPaiTour
“This really choked me up. However, I hope that Brighton Ben White turns up and not Bielsa Ben White...”
@Lucy_LUFC
“BRB…crying”
@Shaunaghhh

Will Ben White play for England one day? 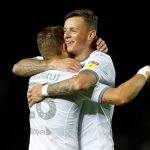 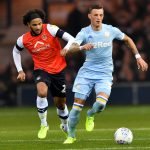 It’s no secret that Leeds tried their best to get him back during the summer, and who knows, comments like this could potentially be laying the groundwork for another bid somewhere down the line.