Many Leeds United fans have flocked to a post from Whites-focused Facebook page Leeds United Live which shared that Leeds goalkeeper Kiko Casilla has been tipped for a transfer to Spain.

This post included a link to an article from LeedsLive which relayed comments made by former Premier League striker and La Liga TV pundit Kevin Campbell, who has told Football Insider that he’s convinced clubs in Spain want to sign the £1.35m-rated Leeds United man and claimed that it’s the right time for him to leave Elland Road.

This comes after Casilla has made just one appearance for Leeds United’s senior squad so far this term, which came when he captained the Whites in their EFL Cup loss to Hull City back in September. 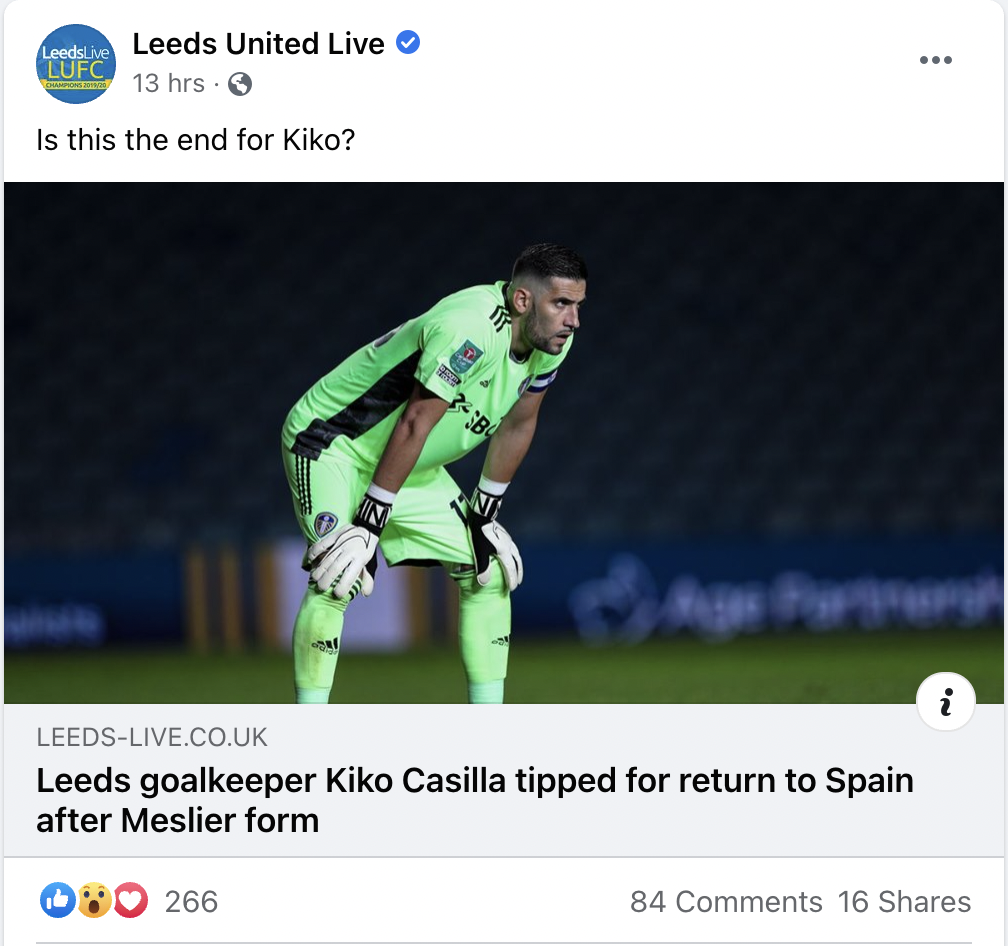 Many Leeds fans directed some anger at Casilla and his quality in response to this post, indicating that they want to see the 34-year-old leave their club.

Would you miss Casilla?

All in all, it certainly seems as though Casilla wouldn’t be missed by Leeds fans if he were to depart from the Yorkshire club this month.