Many Leeds United fans have been raging over what ex-Leeds centre-back Rio Ferdinand has said about “readymade superstars” buying into Marcelo Bielsa’s philosophy.

As explained by The Express, the pundit, who left Leeds United to join their bitter rivals Manchester United in the summer of 2002, cast doubt over the Yorkshire club’s chances of attracting “superstar” players during the latest edition of his ‘FIVE’ podcast, saying:

“The conundrum is, can you get readymade superstars to run like that with that intensity, every day in training and every game for the season? That is the hard part. Yes, you can buy hungry young players, but the big ask is to get a superstar to buy into it.”

After the UEFA Champions League winner’s comments were relayed to Whites fans via Leeds news Facebook page Leeds Insider, plenty of the club’s supporters commented on this post to react to what Ferdinand had to say.

So, what have these Leeds United fans been saying about Ferdinand’s comments? 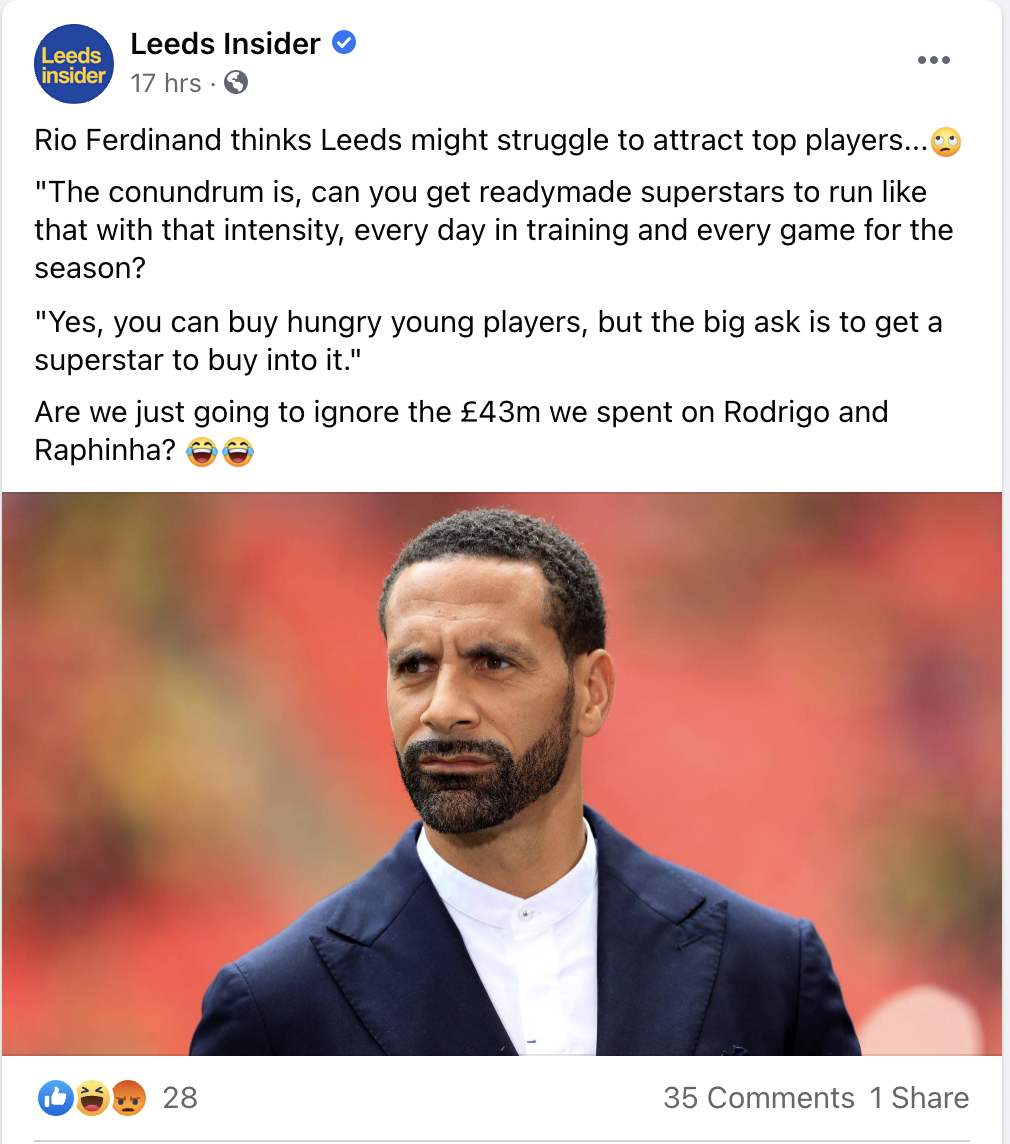 Ferdinand’s comments clearly got under the skin of many Leeds United fans, as a lot of the comments in response to Leeds Insider’s Facebook post were critical of the six-time Premier League winner and what he said.

Does Ferdinand have a point?

All in all, it certainly seems as though plenty of Leeds fans don’t value Ferdinand’s opinion very highly.