A lot of Leeds United fans have been reacting to a post from Whites-focused Facebook page Leeds United – YEP, that included a link to a recent article by Graham Smyth for the Yorkshire Evening Post which shared comments from Leeds boss Marcelo Bielsa on Tyler Roberts.

As explained in this article, these comments come after there has been some speculation over the Wales international’s future, with Roberts having enjoyed just 237 minutes of Premier League football so far this term, sitting out each of Leeds’ last four Premier League games.

Bielsa has seemingly dismissed talk that the 21-year-old may be set to depart from Elland Road, however, as he’s declared that Roberts is part of his plans, describing him as a “very important” player for Leeds.

So, how have these Leeds United fans reacted to Bielsa’s comments on Roberts? 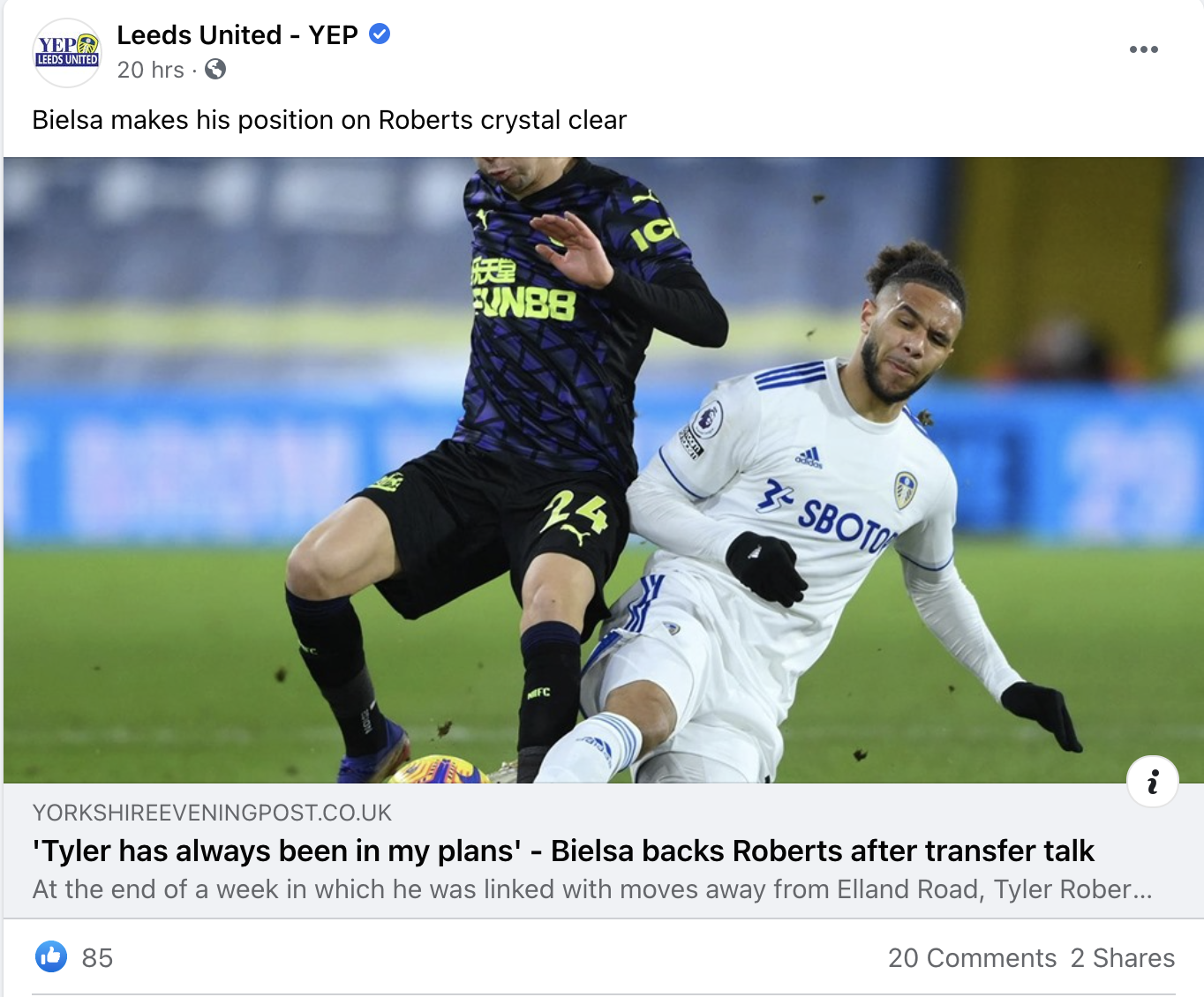 Despite Bielsa giving his backing to the £3.24m-rated man, plenty of the Whites fans who commented on this Facebook post criticised Roberts, indicating that they don’t think he’s good enough for Leeds.

Some Leeds fans suggested that Roberts needs to start showing improvement to have a future at Elland Road.

Is Roberts good enough for Leeds?

All in all, it seems as though plenty of Leeds fans disagree with Bielsa’s comments on Roberts.