As explained in this post, the 23-year-old is said to be closing in on a loan move to AC Milan, with Leeds United having reportedly been interested in bringing him to Elland Road this month.

So, how have these Leeds United fans been reacting to this news? 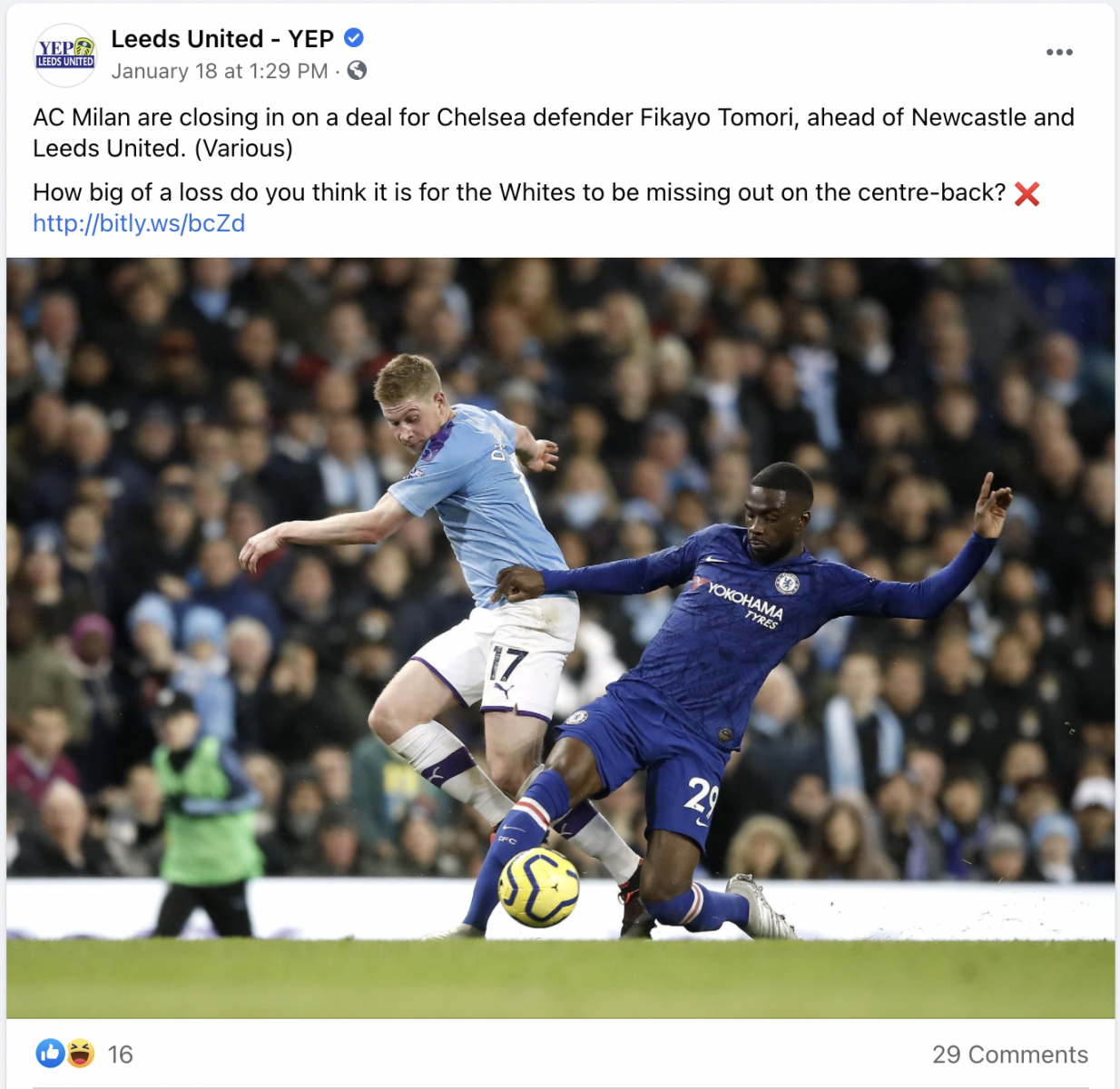 In Leeds United &#8211; YEP’s Facebook post, fans of the Yorkshire club were asked how big of a loss it would be for their side to miss out on Tomori to the Serie A leaders, and plenty of Leeds supporters shared that they feel this would be a big missed opportunity for their side.

However, not all Whites supporters were upset by the prospect of missing out on Tomori.

Would this be a big loss for Leeds?

All in all, it seems like opinion is somewhat divided amongst Whites fans as to how important it was for their side to secure Tomori’s signature. Given Leeds’ leakiness at the back this season, coupled with the concerns above that their backline is already well-stocked, it certainly could be argued that any decisions or developments relating to recruitment in defence could be seen as ‘massive’ by the fans – whether they back a move for Tomori or not.

Perhaps we will just have to wait and see if Marcelo Bielsa can help the Whites to improve their defensive record, which is the second-worst in terms of goals conceded in the top flight prior to Wednesday’s fixtures, without the bonus of having Tomori in his ranks, to really judge whether this is a missed opportunity or not.