Supporters of Celtic have recently reacted to a transfer claim which has linked the Hoops with Manchester United’s Phil Jones.

According to a recent report from 90min, Neil Lennon’s side is supposedly ‘keeping tabs’ on the English central defender.

It is claimed that the Bhoys are not alone in their supposed interest in Jones with ‘as many as seven other Premier League clubs‘ having an interest in him.

This report was then picked up by a Celtic fan page which is named 67HailHail and they labelled the transfer claim as ‘daft’.

After their report was posted on the Celtic News Now Facebook page, Hoops fans aired their reactions to it, with many of them stating their disinterest in the player.

So, what did these Celtic fans have to say about the transfer link with Phil Jones? 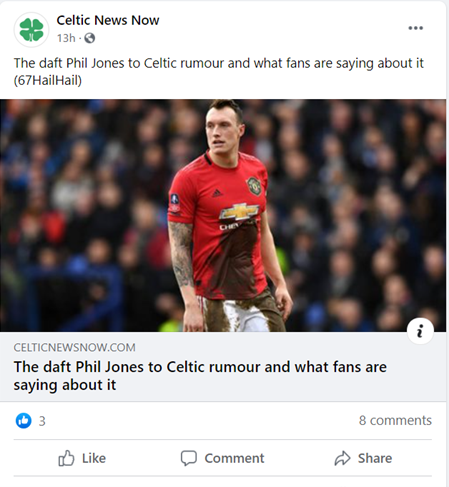 The 28-year-old defender currently has until the summer of 2023 on his contract with the Red Devils and a market value of £5.4m according to Transfermarkt.

Would you be happy if Celtic signed Phil Jones? 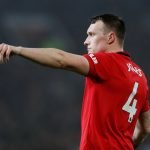 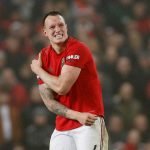 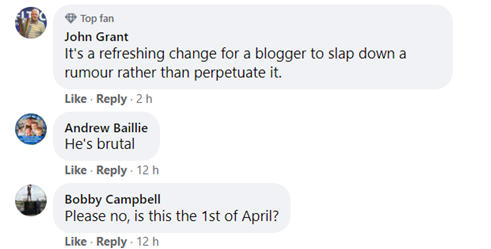 During the 2019/20 Premier League season, Jones made just two league appearances for the Manchester club in which he earned a weak 6.39/10 average rating (per WhoScored).

That average rating made him the 11th-worst performer to feature for Ole Gunnar Solskjaer’s side last season.

So far this term, the centre-back has not made a single appearance for the Red Devils in any competition (per Transfermarkt).

As can be seen in these responses from supporters of Celtic, they were not happy with the transfer link between the Bhoys and the Manchester United defender.