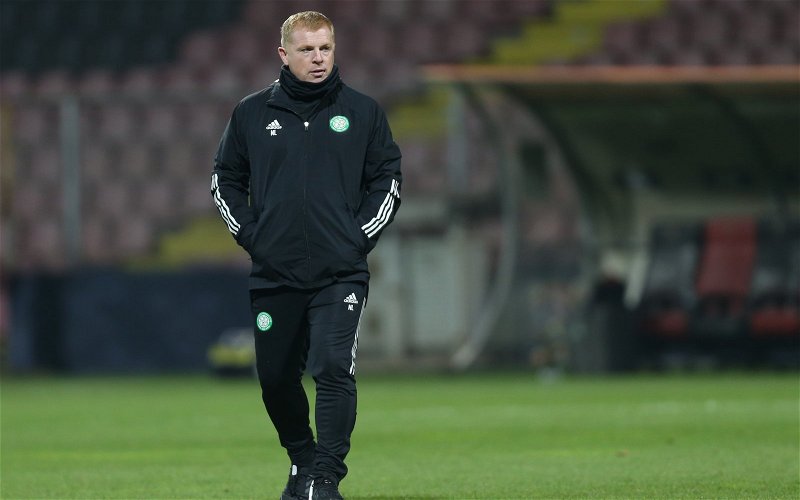 Celtic fans on Twitter have been responding to the latest news surrounding Hoops boss Neil Lennon and his future at the club.

This comes after Scottish football journalist Anthony Joseph shared a post on his official Twitter page revealing that Lennon ‘still has the backing’ of the Celtic hierarchy and will continue as manager after a series of “positive” Zoom calls earlier this week.

This post then gathered a lot of replies from Celtic fans, who were quick to share their thoughts on this latest update.

So, what did these Celtic fans make of this latest update?

Gutless act of self-sabotage if true.

What an absolute joke.

Just how bad do we need to get before they wake up?

The only reason he hasn’t been sacked is that they cannot find anyone to replace him. Lennon, Lawwell & Desmond all need emptied. Things are going to get difficult.

Do you think Celtic will win the league this season under Lennon?

Absolutely incredible decision and will be costly

This isn’t going to end well 🙁

While it may seem like a positive that Lennon, a five-time Scottish title winner, has the backing of the Celtic hierarchy and is in no apparent danger of losing his job anytime soon, it appears that this group of Celtic fans are not happy with this latest update and would much rather see Lennon leave his role at the club.

Given how Celtic have crashed out of the Champions League, Europa League and the Scottish League Cup, as well as being currently 11 points behind Rangers with two games in hand in the SPFL table, it comes as no surprise to us that these Celtic fans think a change in management is needed at Parkhead.

In our view, Lennon will need to make sure his team do all they can to close the gap at the top of the league table so they have a good chance of winning the title by the end of the season and get these Hoops fans back on his side.