Many Celtic fans have been fuming at the latest update about the upcoming Old Firm derby that recently emerged on social media.

The Hoops play against the Gers on the second of January in the Premiership in the Old Firm derby. The game would allow them the chance to cut the gap at the top of the table.

Bobby Madden has been announced as the referee for the Old Firm and an update was relayed on Twitter by Superscoreboard. Many Celtic fans made their opinion clear about this news.

What did Celtic fans make of this update about the Old Firm?

Shocking , thought no season ticket holders were allowed in

Is Bobby Madden biased against Celtic? 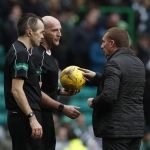 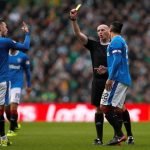 Colour me shocked and stunned

So that game is already decided…

In his career so far, Madden has officiated in a total of 40 Celtic games. Out of those 40, the Hoops have won as many as 32 of those, losing only three times. While refereeing Rangers games, the Gers have lost a total of eight times (as per Transfermarkt).

Over the years, Madden has refereed in quite a lot of Premiership games and it shows that he has a lot of experience of officiating in the division.

Some other Celtic fans also discussed the update about his appointment for the Old Firm.

Does it really matter anymore? Probably 2 of of every 10 games we play won’t have any officials with a connection to ran2ers,

won’t say anything about it so we just need to get on with it.

And still Celtic say nothing

A majority of these fans are mocking the appointment and feel that it is hardly a surprise.

Considering the stats though, Celtic do quite well when Madden is refereeing and instead of mocking the decision, they should be happy about the 42-year-old’s appointment.