Many Celtic fans have been discussing some transfer news about Benjamin Siegrist that recently emerged on social media.

The Daily Mail (via the Scottish Sun) have recently stated that the Bhoys are looking to sign Siegrist from Dundee United and they have placed the goalkeeper in their shortlist for potential goalkeeper signings in the January transfer window. 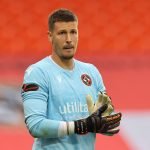 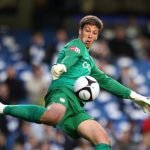 While clubs in England, Netherlands and Germany are also looking at the possibility of signing the goalkeeper, the Celtic scouts have watched him several times and Siegrist could be available for a fee of around £1 million.

This update was relayed on Facebook by Read Celtic recently. Many Celtic fans made their opinion clear about this news.

What did Celtic fans make of these links with Benjamin Siegrist? 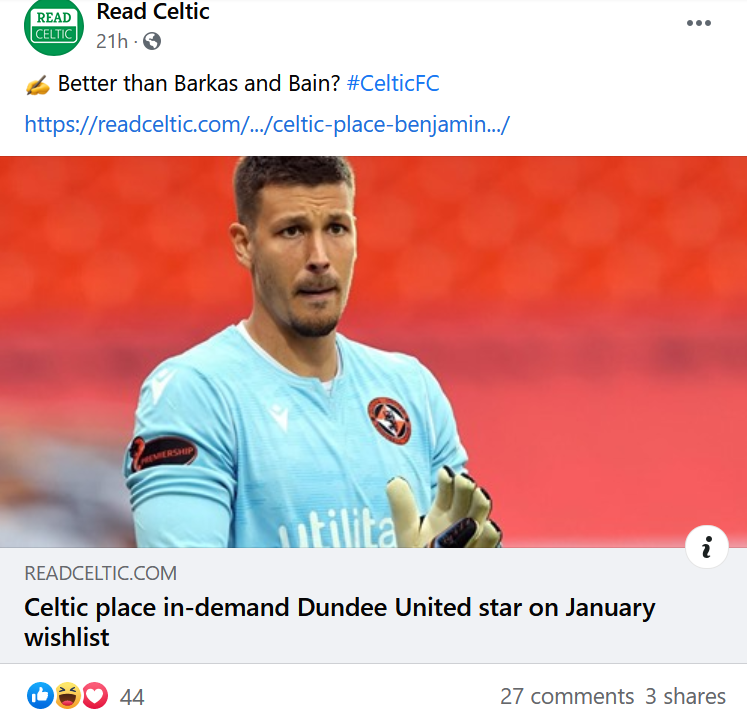 Currently 28, Siegrist is Swiss by nationality and he has been a regular for Dundee United in the current campaign. In 18 Premiership appearances for the club, he has managed to keep five clean sheets while conceding 21 goals so far (as per Transfermarkt).

He was a regular for Dundee United in the Scottish Championship last season and even in the 2018/19 campaign. So he clearly has the experience of playing regular first-team football (as per Transfermarkt).

Some other Celtic fans also discussed the rumours linking the goalkeeper with a move to Parkhead.

Clearly, a lot of Celtic fans want Siegrist at Parkhead and are making their opinion very clear about it.

Having said that, the Hoops currently have as many as three goalkeeping options in the first-team – Conor Hazard, Vasilis Barkas and Scott Bain. While Hazard has been playing in recent weeks, Barkas arrived for a fee of £2.95 million in the summer.

So because of the choices Celtic have in that position, it may not be wise to bring in another player for that spot. They should try to make do with what they have, instead of spending more money.