Many Celtic fans have been discussing a video involving Timothy Weah that recently emerged on social media.

The Hoops picked up a 3-2 win over Lille in their last game of the Europa League group stages on Thursday. Weah had featured for Les Dogues and he scored the Ligue 1 side’s second equaliser of the night (as per BBC Sport).

After the game, the former Celtic player was talking to BT Sport, revealing that he was happy to be back to Parkhead and that he didn’t celebrate his goal out of respect for the club and his former teammates. The American also said that Celtic are always going to bounce back from tough situations (as per BT Sport).

Should Celtic move for Timothy Weah in January? 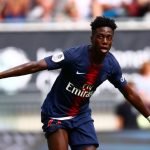 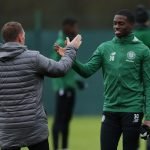 This video was relayed on Twitter by the Football on BT Sport account and it drew the attention of many Celtic fans.

What did Celtic fans make of this tweet involving Timothy Weah?

Weah joined Celtic on loan from Paris Saint-Germain in January 2019. He stayed at Parkhead until May 2019, when his loan stint ended. PSG then sold the American to Lille the following summer (as per Transfermarkt).

Some other Celtic fans also had a lot of things to say about Weah’s comments regarding the Hoops.

I love him so much. So so much https://t.co/hBDUxcK0Yx

These Celtic fans clearly have a liking for Weah and his comments. A couple of fans would be happy to see him return to the club in the future.

During his time at Parkhead, Weah had made 17 appearances in all competitions for the Bhoys. He had directly contributed to five goals, scoring four times (as per Transfermarkt).

A centre-forward by trade, Weah can also play on the left or on the right wing. His versatility can add depth in multiple areas and because of that, it is understandable why Celtic fans would be happy to have the 20-year-old back at Parkhead.