Celtic: Pundit criticises the club’s board 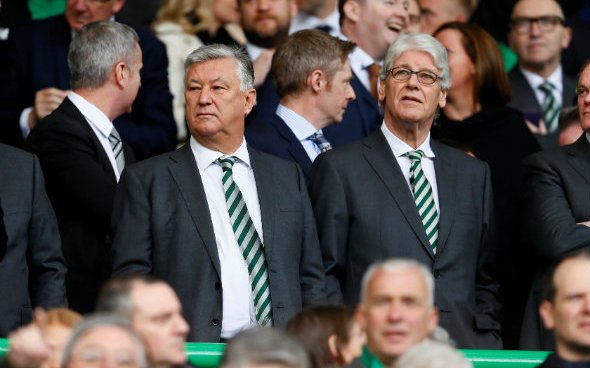 Celtic pundit Colin Watt has recently criticised the club’s board and their stance regarding Neil Lennon.

Watt was a guest on the latest episode of the ‘A Celtic State of Mind’ podcast and the panel discussed multiple issues involving the Bhoys.

One topic of discussion was Lennon’s situation at the club, following the club’s loss to Ross County in the League Cup. Watt feels that the club’s board is “pigheaded” to believe that Lennon can still turn things around at Parkhead.

Celtic have now won just two games in their last ten outings in all competitions. Apart from being out of the League Cup, they are also out of the UEFA Europa League and they find themselves 11 points behind Rangers in the Premiership table.

Has the Celtic board been wrong to back Neil Lennon?

Watt feels that Peter Lawwell needs to think that he’s been wrong in his approach towards backing Lennon.

He said: “I don’t think [Peter Lawwell] will be doing much. He looked a dejected figure in the stands. I think he has to accept that he’s been wrong in what he’s done in his backing of Lennon.

“As I said before this game started – I wouldn’t be surprised if you wake up tomorrow morning and he’s still the manager as much as it is not the right thing to do.

“They’re just so pigheaded within the board room that they still think he can turn it around. I don’t understand how.”

TIF Thoughts on Watt’s comments regarding the Celtic board…

Last week, Lennon had made it clear that Lawwell has been “very, very supportive” of him.

He had also made it clear that even majority shareholder Dermot Desmond backs him as well. This clearly shows that the board was backing him before the club’s loss to Ross County.

Now, though, it has been reported that Lennnon had a meeting with the club’s hierarchy on Monday and they will make a decision about his position at Parkhead.

So, contrary to Watt’s opinion, the board’s stance about Lennon may have changed and they might just be considering their options.