Former Celtic player Simon Donnelly has recently spoken about the possibility of Henrik Larsson replacing Neil Lennon at the club.

Donnelly was a guest on the latest episode of the Celtic Huddle podcast and the panel discussed multiple issues involving the Bhoys. One topic of discussion was the club’s potential replacement for Neil Lennon. They talked about the possibility of Larsson replacing Lennon and Donnelly believes that the Swede wouldn’t put himself into the current situation at Celtic.

Larsson is a former Celtic player and he had been at the club for seven years. He is currently Ronald Koeman’s assistant manager at Barcelona and he’s previously managed Helsingborg twice and he has also managed Falkenberg once (as per Transfermarkt).

Would you like Henrik Larsson to replace Neil Lennon? 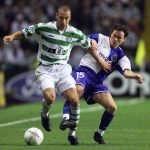 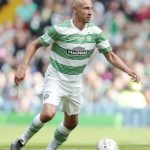 Donnelly believes that Larsson wouldn’t want to manage Celtic even if he does have managerial experience.

He said: “I don’t think Henrik would come to this situation. He’s got a great job at Barcelona, he’s just into coaching. I put his name forward before Lenny – when Rodgers left – purely [because] it would capture everybody’s imagination, Henrik coming back to the club.

“I think he’s got the experience, people say he’s [got a] lack of experience at management level but he’s worked with some of the best – but I just don’t see Henrik putting himself in this position.”

Larsson has previously revealed that he was offered the Celtic job back in 2015 but he turned down that opportunity. He was also close to being appointed as the manager at Southend United. Having said that, he has already said that he would never manage a club back in Sweden or in Scandinavia again (as per the Daily Record).

He clearly has managerial experience but since he was appointed as the assistant manager at Barca only in August this year, it might be tough to lure him to Parkhead if Lennon does leave. So while this maybe a possibility because he has been approached for the role before, it won’t be easy to hire Larsson at this point.