Graham was a guest on the latest episode of the ‘A Celtic State of Mind’ podcast and the panel discussed multiple issues involving the Bhoys. One topic of discussion was Neil Lennon’s future at the club and Graham believes that around the turn of the year, Ross will be the Hoops manager as he tipped the Hibs boss to succeed Lennon.

Celtic have recently publicly backed Lennon to turn things around at the club. It has previously been reported that the manager will not walk away voluntarily from his post, though as things stand, the Hoops have won only two of their last 12 games in all competitions. 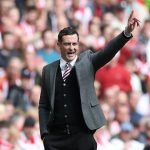 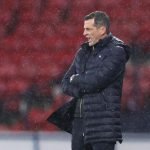 Graham also believes that the new manager needs to start the second half of the season with a clean slate, as about four players want to leave the club.

He said: “We’ve got at least four players that are wanting to leave and those players could actually leave in January. Give the new man a blank slate. And for me, by the end of January – and even maybe before we go to Ibrox, maybe even before Christmas Day – I’m going to say Jack Ross will be Celtic’s manager.”

Ross, 44, is currently managing Hibs having previously managed Sunderland, as well as St. Mirren and Alloa Athletic (as per Transfermarkt).

His Hibs side are currently only two points behind Celtic and it shows that he’s done a good job at Easter Road so far. He helped St. Mirren win the Scottish Championship title in the 2017/18 campaign, so he also has the experience of winning trophies, albeit at a lower level.

Because of the fact that he’s managed clubs in Scotland and he has experience of winning silverware, appointing Ross as a replacement for Lennon might yet be a wise choice from the Hoops.