Dykes was recently hosting the latest episode of the ‘A Celtic State of Mind’ podcast and the panel discussed multiple issues involving the Bhoys. One topic of discussion was Neil Lennon’s position at the club and Dykes revealed that Preston boss Neil is someone that the Celtic board currently likes.

It was recently reported that Celtic have contacted Eddie Howe, as well as Martin O’Neill and Roy Keane in case of Lennon’s departure. It was also reported that the club’s chief executive Peter Lawwell has had a golfing session with ex-Bournemouth boss Howe, even though the club is publicly backing Lennon to succeed.

Do you want Alex Neil to replace Neil Lennon? 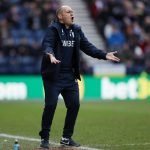 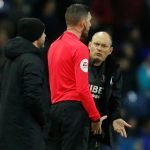 The panel was discussing the possibility of Jack Ross managing Celtic and this led to Dykes providing details about the Hoops’ stance on Neil.

He said: “Now, if we were to do that [appoint Ross], obviously we’re going for somebody who is employed. We’ve heard of rumblings and grumblings at ACSOM Towers that Alex Neil – in a similar position [and] employed elsewhere, is someone that the board fancied.”

Neil is currently 39 years of age and before his time at Preston, he previously managed Norwich City for over two years. At Carrow Road, he had a points-per-match tally of 1.44. During his time at Hamilton in Scottish football, he had a more impressive tally of 1.83 (as per Transfermarkt).

The Scotsman also guided Preston to a ninth-placed finish in the 2019/20 Championship season. This clearly shows that Neil is an adept manager and because of that, it isn’t a surprise that the Celtic board likes the 39-year-old.