Celtic-oriented pundit John McGinley has recently made a claim about Martin Boyle and the possibility of the Hoops signing him in the future.

McGinley was a guest on the latest video of the 67HailHail YouTube channel and the panel discussed multiple issues involving the Bhoys. One topic of discussion was potential future transfers for the Hoops and one player that they focused on was Boyle. McGinley made it clear that he doesn’t want to see the winger ending up at Parkhead in the future. 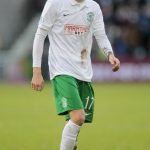 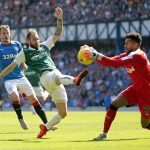 The 27-year-old Australian is a right-winger by trade and Rene Meulensteen has previously expressed surprise at the fact that he isn’t at Celtic or Rangers yet. The winger has previously been scouted by Celtic’s Nick Hammond and his current deal at Hibernian runs out in the summer of 2023, as he signed a new deal earlier this year.

McGinley believes that Celtic’s interest in Boyle was predicated on the fact that they would have been able to sign him on a free transfer next summer, if he hadn’t signed a new deal.

He said: “He signed a new contract at Hibs and apparently, Celtic’s interest was predicated on the fact we’ll maybe be able to sign him on a free transfer. I’m not a huge fan of Martin Boyle but I don’t know, that’s just me.”

Boyle has been an important player for Hibs this season, contributing to nine goals in 17 Premiership appearances so far. In the League Cup, he has picked up three assists so far (as per Transfermarkt).

He has been Hibs’ eighth-highest rated player in the campaign and it shows that he is a quality player. As things stand, Celtic don’t have a single out-and-out option for the right-wing spot. Boyle adds the experience of having played in Scotland and he would add some quality to the first-team too. So signing him might prove to be a good move for the Bhoys.