Celtic pundit Russell Boyce has recently made a claim about Shaun Maloney’s suitability to the managerial position at Parkhead.

Boyce was a guest on the latest episode of the ‘A Celtic State of Mind’ podcast and the panel discussed multiple issues involving the Bhoys. One topic of discussion was potential replacements for Neil Lennon and they also talked about Maloney. Boyce believes that the former Celtic player would be a ‘realistic option’ for the managerial role at Parkhead.

Maloney is a former Celtic player and he was a product of the club’s youth academy. He left Parkhead in the winter of 2007, after making 132 appearances in all competitions for the Bhoys and contributing to 60 goals for the club too.

Would Shaun Maloney be a realistic option for Celtic? 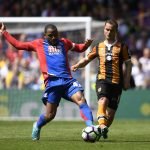 Boyce rates Maloney highly because of his current assistant manager role with the Belgium senior national team under Roberto Martinez.

He said: “I would say a more realistic option, again, it’s maybe my preference, would be Shaun Maloney. They’re still ranked No 1 in the world and Roberto Martinez, I think he speaks brilliantly, he’s a fantastic coach, I mean he rates you highly and actually takes you from Celtic to work with the best players in the world – I think it was him and Thierry Henry at one point.

“He’s been in good company now for a few years and also, he gets Celtic and all that. I know that could sound flippant, but for a lot of people, that’s a box that needs to be ticked and he does that as well. So I would say he would be a more realistic one but again, not one I would be completely opposed to.”

Apart from being a former Celtic player, 37-year-old Maloney has previously been an assistant manager of the Celtic Reserves team and of the club’s Under-20s side in the past (as per Transfermarkt). This suggests that he knows a lot about the club already.

While he is still young, he has no experience of managing a football club and because of that, there is no guarantee that he can turn Celtic’s season around. The Hoops are 13 points behind Rangers in the table and since they are chasing their tenth title in a row, they would want immediate impact from the manager. Maloney’s track record though, offers no assurance of any immediate impact.