Wilson was recently hosting the latest episode of the Celtic Huddle podcast and the panel discussed multiple issues involving the Bhoys. They also discussed multiple potential transfers for the Hoops and Wilson revealed Celtic’s interest (as cited by the Daily Record) in the Serbian goalkeeper Dmitrovic and he’s mentioned as a replacement for Vasilis Barkas. He said that the 28-year-old is someone that Neil Lennon might want to sign in the January transfer window.

The Hoops signed Vasilis Barkas in the summer transfer window and they spent a fee of £2.95m to sign the Greek goalkeeper. They had failed in their pursuit of bringing Fraser Forster back to Parkhead, as the Englishman had decided to stay at Southampton. Craig Gordon’s contract at Parkhead also ran out in the summer. 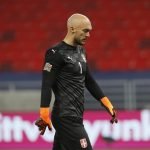 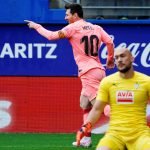 Wilson revealed Celtic’s interest in Dmitrovic, saying: “Just on transfers – [a] transfer story that we’re hearing rumours about – [it is] well documented, the goalkeeper hasn’t covered himself in glory – Marko Dmitrovic, plays in La Liga with Eibar. 28-year-old Serbian internationalist, he’s out of contract in the summer. Would it be something that, if Neil’s still there, he’d be trying to tie that up in January?”

In La Liga this season, Dmitrovic has overperformed on his post-shot Expected Goals metric by a big margin of 3.4 so far. Having said that, he has underperformed on that metric in every single season before this campaign. He underperformed on it by as much as 5.9 last season (As per FBRef).

This suggests that he’s an inconsistent goalkeeper. Because of his underperformance, Eibar had collectively underperformed on Post-shot xG by the highest amount in La Liga last season (7.0). So perhaps, it is best for Celtic to avoid moving for the Serbian, even if his contract runs out in the summer of 2021.