Former Premier League referee Mark Halsey has been discussing the recent incident in which Conor Coady thought he had won his team a penalty kick during Wolves’ defeat to Liverpool at Anfield on Sunday night.

Wolves travelled to Anfield on Sunday and were on the receiving end of a 4-0 hammering but in the first half, they were awarded a penalty by referee Craig Pawson after he judged Sadio Mane to have fouled Conor Coady inside the area, however, following a VAR review, the decision was overturned (as per BBC Sport).

Upon review, it was clear there had been no contact between the two players with the Liverpool man having pulled his foot away at the last second. Speaking exclusively to This is Futbol, here is what Halsey had to say on the incident:

“I think Conor Coady was anticipating the challenge, wasn’t he, and he’s gone down – amazing that he did, being a massive Liverpool fan.

“I was surprised because once Craig Pawson’s gone over and looked at it, I was very surprised that he didn’t issue Conor Coady with a caution for simulation, I really was. I think he’s got away with one, there.”

Was Conor Coady lucky to escape without being shown a yellow card? 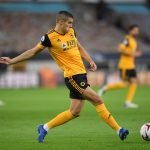 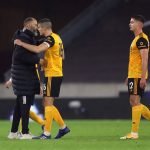 It seems, based on his comments, that the 59-year-old former referee feels the Wolves defender has been somewhat fortunate to have escaped the incident without any punishment. The Midlands-based club came into this fixture having beaten Arsenal at the Emirates Stadium in their last Premier League outing but unfortunately for Nuno Espirito Santo’s side, the Premier League champions were just too strong for them on the evening.

Given the animosity towards VAR since its introduction last season, it is surely a good thing to see it working for its intended purpose, as Wolves could well have used a penalty kick as a platform for getting something from the game and thus deny Liverpool the three points they fully deserved.