In-the-know podcaster @ExWHUemployee has recently relayed an update on both Andriy Yarmolenko and Nathan Holland.

Yarmolenko last featured for the Hammers at the end of October in the 2-1 defeat against Liverpool, while Holland has not made a senior appearance for the club this season.

The 31-year-old Ukrainian has been absent for the Irons after testing positive for the current viral infection during a recent international break (per BBC).

Meanwhile, the 22-year-old Englishman has not made an appearance since he picked up a hamstring injury in March while on loan with Oxford United.

During the latest episode of The West Ham Way Podcast, @ExWHUemployee provided an update on the two players (37:18)

He said: “So, in terms of fitness of players and what’s likely to happen for Saturday, Yarmolenko is back in training alongside Nathan Holland.

“I’ve mentioned Holland’s been back a week or so now but he’s doing well. Yarmolenko’s back in training from his [viral infection] situation.”

As can be seen in what the in-the-know podcaster had to say, it seems that the two wingers either already are or will soon be back in contention for the Hammers. And, the club have since stated that Yarmolenko has in fact returned to training.

Which player would you rather see in West Ham's matchday squad on Saturday? 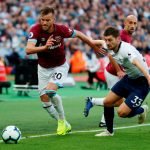 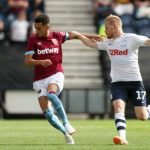 The return of Yarmolenko is likely to be bigger news for the Hammers as Holland has only made four senior appearances for West Ham during his career.

Meanwhile, the Ukrainian winger has made 41 appearances for the London Stadium club in which he has scored nine goals and provided five assists.

However, over five substitute appearances in the top flight this season, the 31-year-old attacker has earned an unimpressive 6.06/10 average rating, making him the club’s joint-second-worst player (per WhoScored).

So, even the return of Yarmolenko may not represent too much positive news for David Moyes.