West Bromwich Albion podcaster Chris Lepkowski has been sharing his thoughts on the club’s decision to sack Slaven Bilic as Baggies manager earlier in the week.

This comes after Lepkowski recently made an appearance on Baggies-themed podcast The Liquidator that was recorded shortly after the news broke about Bilic’s sacking, where he then spoke about the matter.

When asked what his reaction was to Bilic’s sacking, Lepkowski had this to say.

He said: “It’s just a really sad day in many respects. I don’t think you can mask the fact that results have been poor. [The] draw at Man City was probably the most awkward result I think Albion could have had, really, because clearly, this has been in the pipeline since Saturday, I can say that with some confidence, I think that this wasn’t a decision that was made after the Man City game, this was a decision made before that and it is sad because ultimately it means that we’re in trouble if we’re in a position where we feel the need to be changing managers.”

Do you think WBA had decided to sack Bilic before the Man City game? 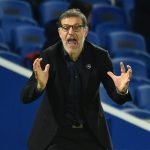 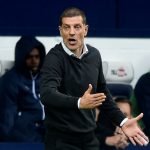 Bilic was appointed as West Brom’s manager back in July 2019. Overall, he took charge of 65 matches with the Baggies in which they had won 26, drawn 21 and lost 18 along the way (per Transfermarkt).

As Lepkowski mentioned in the podcast, Bilic’s last game as West Brom manager saw them draw 1-1 against Manchester City at the Etihad Stadium just a day before he was sacked.

As Lepkowski mentioned in the podcast, West Brom’s results in the Premier League so far this season haven’t been particularly good, having lost eight out of a possible 14 games, which makes it understandable why the club chose to remove Bilic and hire Sam Allardyce as his replacement.

However, the timing of the sacking when they had just won a point away at City does suggest that this decision to sack Bilic was made before then.

Moving forward, Allardyce certainly has a big job on his hands trying to help West Brom avoid the relegation drop by the end of the season.