This comes after Goldberg recently co-hosted the latest episode of Baggies-themed podcast The Liquidator where he spoke about a range of topics concerning the Midlands club.

On the topic of potential transfers the club could make in January, Goldberg had this to say about James, who has been linked with a move to The Hawthorns in recent weeks.

He said: “Another player that we’ve been linked with as well, another Man United player – and therefore, presumably on wages that are beyond our normal ken – is Daniel James, who I’ve seen occasionally and looks a very exciting player. Can’t get into [Ole Gunnar] Solskjaer’s team at the moment, but he played quite a lot last season for United.

“He’s an attacking player, takes players on, I think he could add something to us.”

United signed James back in the 2019 summer transfer window from Championship side Swansea City for a fee of £16 million.

Since then, the 23-year-old, who is currently valued at £14.4 million, has made 54 appearances for the Old Trafford club in which he has managed to score six goals and provide seven assists along the way (per Transfermarkt).

Would you take Dan James at West Brom in January? 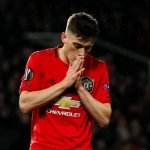 Listening to what Goldberg had to say in the podcast, it appears that he thinks West Brom should look to explore a potential deal to bring James to The Hawthorns in January.

However, in our view, with James’ apparent weaknesses being his finishing and his defensive contributions (as per WhoScored), this creates a doubt that the winger would not have a huge impact at either end of the pitch for the Baggies, who find themselves in the relegation zone of the league table after scoring 11 goals and conceding 30 following their weekend draw with Liverpool.