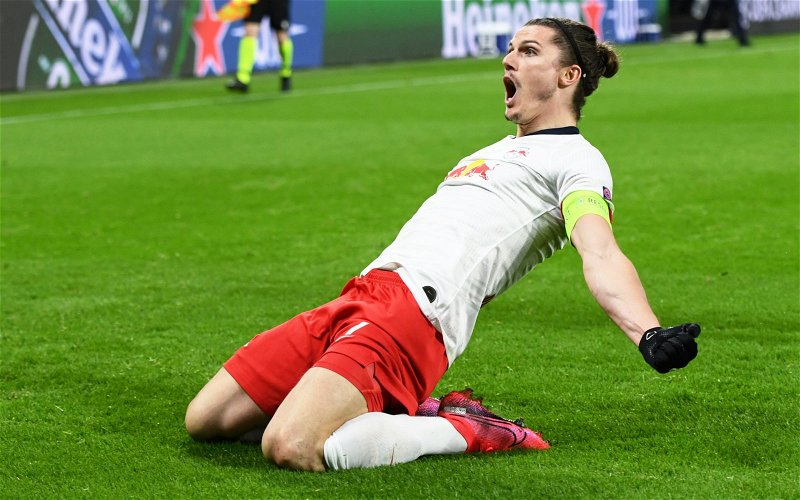 A lot of Tottenham Hotspur fans have flocked to a tweet that was recently posted by Spurs news Twitter account @TheSpursExpress which relayed Sport Bild’s Head of Football Christian Falk’s claim that Jose Mourinho is interested in signing RB Leipzig’s Marcel Sabitzer and the Austrian midfielder is also interested in moving to the north London club.

Spurs have been linked with a move for Sabitzer ahead of the January transfer window. It’s previously been claimed that Mourinho is interested in signing the £31.5m-rated Leipzig captain.

Now, per Falk, it appears that the interest in making this deal happen is mutual and Sabitzer wants to join up with Mourinho too.

So, what did these Tottenham Hotspur fans have to say about Falk’s Sabitzer update?

A lot of Spurs fans replied to @TheSpursExpress’ tweet to share some excitement over the Bild journalist’s claim, with some fans of the Lilywhites calling for their club to make this transfer happen.

“Tier 1.5 so who are we selling? And how many are we selling since we’re are to add a CB as well so we need to raise about €70 million”

“Pay his release clause and he’s ours. Do your thing, Mr Levy”

“Now this is something we can all get excited about”

“Come on Mr Levy get it done”

“Can’t believe we are interested in him.. This is my dream transfer”

All in all, it certainly seems as though a lot of Spurs fans would like to see the RB Leipzig midfielder playing for their club.