Plenty of Tottenham Hotspur fans have been discussing their centre-back options amidst reports that they could potentially be after Fiorentina’s Nikola Milenkovic.

A recent report from Italian outlet La Nazionale has claimed that Spurs are one of two clubs that have spoken to the player’s agent in hopes of bringing the 23-year-old Serbian defender to England, with the other one being Manchester United. The piece later goes on to state that the Italian side are unlikely to take anything less than €25m (£22.8m) for his services.

Whether or not this is going to be instead of or in addition to one of the other transfer targets that Spurs might have in mind, with journalist Rob Guest recently hinting that they could be about to go back in for Inter’s Milan Skriniar, we’ll just have to find out.

But the news that the club are interested in bolstering their backline has certainly got fans in a talkative mood, as they used the news to debate whether or not they want him at the club, and who they’d rather have instead:

Yes he’s good, defo better than what we have

If only 25 million then get him in NOW

Down. Get Nikola Milenkovic and Pau Torres. Pau is left-footed and both are fast.

Would help our team massively https://t.co/1ozSwXLa7d 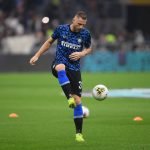 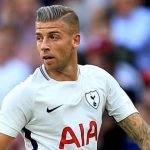 Just how many of those deals would be feasible for Spurs right now is certainly a debate for another time, for instance, can you see Southampton letting go of Jannik Vestergaard given the position they’re in? It will certainly be interesting to follow Spurs’ activities in the coming weeks.