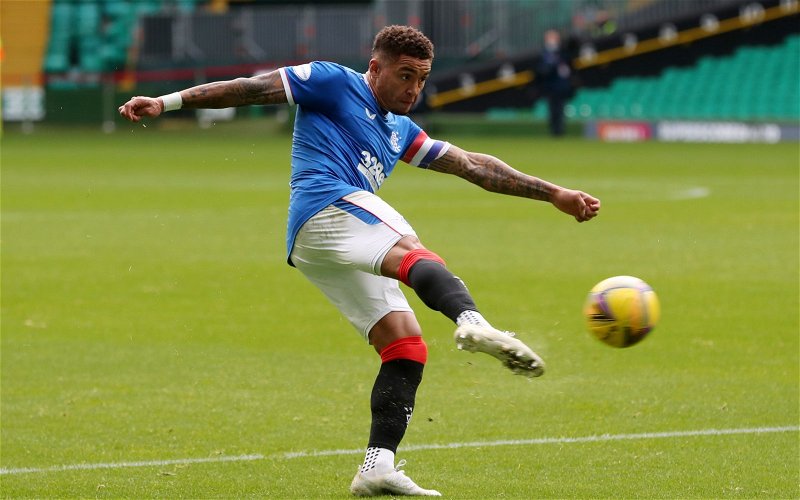 Fans of Tottenham Hotspur have been reacting to a post on Twitter, which relayed a report that claimed the club, along with West Ham United, Crystal Palace, Newcastle United and Everton, are interested in a move for Rangers right-back, James Tavernier.

According to the Daily Mail, Spurs, as well as a host of Premier League clubs, are keen on the 29-year-old defender, who has just 18 months left on his contract with the Scottish Premiership leaders.

So, what did these Tottenham Hotspur fans make of their club’s link with James Tavernier?

Since moving to Rangers from Wigan Athletic in what was a £225k deal back in 2015, Tavernier has gone on to feature 268 times for Gers, scoring a quite remarkable 62 goals and providing 85 assists along the way.

So far this season, the £4.5 million-rated right-back has been in particularly good form for Steven Gerrard’s side, bagging 16 goals and providing 11 assists over his 25 appearances in all competitions.

Do you think that James Tavernier would be a good signing for Spurs?

However, despite his impressive return of goals and assists, it would appear that many Spurs fans are against the idea of their club making a move for the 29-year-old.

All in all, it would appear that the vast majority of these Spurs fans do not want to see Jose Mourinho make a move for Tavernier in January, with some stating their belief that the defender is of average ability as a footballer, while others suggested that the player is too old for Tottenham to sign.