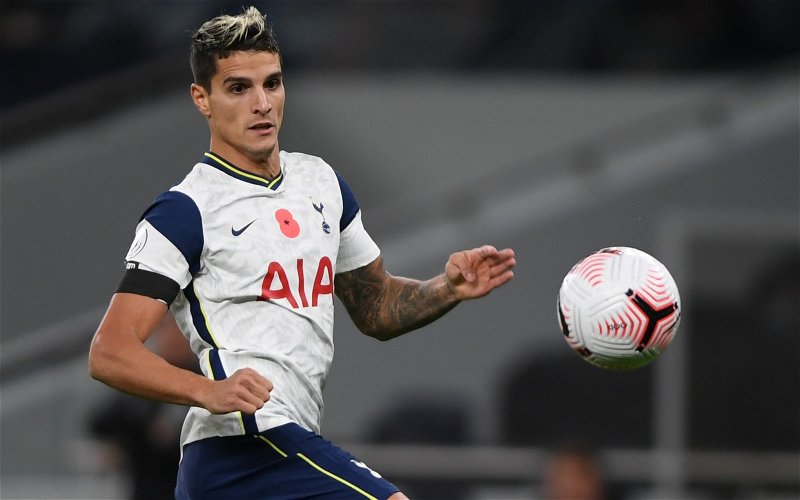 Many Tottenham Hotspur fans have flocked to a tweet that was recently posted by Spurs-focused Twitter account @thespursweb which shared an image of Lilywhites winger Erik Lamela in training.

The Argentinian took part in a recent training session at Hotspur Way, footage of which is available on the Lilywhites’ official YouTube channel, ahead of the north London club’s Premier League clash with Leicester City on Sunday.

The £14.4m-rated man has been out of action for Spurs since early-November due to a calf injury but it now appears as though his return to first-team action may be nearing, with Spurs boss Jose Mourinho also confirming in a recent press conference that the 28-year-old “did a couple of exercises” in training and he’s “coming to the end of his injury”.

So, how did these Tottenham Hotspur fans react to this image of Erik Lamela in training?

Erik Lamela is back in Spurs training #THFC #COYS pic.twitter.com/OkUHJvNjBk

A lot of Spurs fans reacted positively to this image, sharing some excitement about Lamela’s return to training.

Say what you like, but he has always had the ability to change our game. For sure im glad he is back ??#COYS

Missing link in the front 3 I’d say…. most fans not impressed with stevie, a lot have had enough of Lucas and bale doesn’t have the discipline in Jose’s set up

Which player is better? 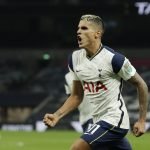 All in all, it’s clear that plenty of Tottenham supporters are eager to see Lamela back in competitive action.