Supporters of Tottenham Hotspur have swooned over a predicted lineup ahead of the upcoming north London derby.

Ahead of the clash, Tottenham had a number of injury doubts and those included Toby Alderweireld, Sergio Reguilon and Harry Kane, as well as Carlos Vinicius and Erik Lamela (per Football.london).

However, in The Guardian’s predicted lineup for the derby, Kane, Alderweireld and Reguilon were all included in the starting XI.

This was shared on social media by Hotspur Related and had lots of fans talking.

So, what did these Spurs fans make of Kane, Alderweireld and Reguilon being involved in the predicted XI?

Toby Alderweireld, Sergio Reguilón and Harry Kane are all expected to start for #thfc in the North London derby despite their injury doubts. [The Guardian]

Great news about Toby, he is a rock. Dier looks much better with Toby next to him. Reguilon different class to Ben.

In terms of their start to the season, Spurs have begun much more positively than Arsenal as they have won six and lost just one of their opening 10 league games, whereas the Gunners have won four and lost five of their first 10 (per BBC).

Which of the three players is the most important for Spurs? 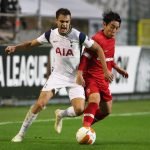 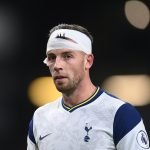 Of the three doubts which are predicted to be included in Spurs’ starting lineup for the clash with Arsenal, it is likely that Kane will come as the biggest relief.

The 27-year-old Englishman has been Tottenham’s best-performing player in the top flight this season with a stellar 8.08/10 average rating (per WhoScored).

To earn the rating, he has bagged a whopping seven goals and nine assists in 10 league appearances.

As can be seen in these responses from the Tottenham Hotspur Stadium faithful, many of them were delighted that Kane, Alderweireld and Reguilon were all predicted to feature against the Gunners.