Fans of Tottenham Hostpur have taken to Twitter to criticise Ben Davies’ performance in the club’s Premier League clash with Liverpool on Wednesday.

Prior to the Liverpool fixture, Davies had been in and out of the Tottenham side, starting four Premier League fixtures for Jose Mourinho’s team, making a further five appearances as a substitute.

However, the 57-year-old Spurs boss gave the Welshman the nod to start the Liverpool game ahead of summer signing Sergio Reguilon, although, many Spurs fans appeared to be unhappy with the £15.75 million-rated left-back’s performance in the match, with a great number of them taking to Twitter to air their displeasure.

Do you agree that Davies had a poor game? 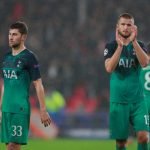 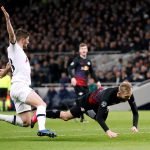 So, what exactly did these Tottenham Hotspur fans have to say about Ben Davies performance against Liverpool?

How many bad clearance has Davies made

Things that need to change:

– Ben Davies can never wear a spurs shirt ever again.

– Bergwijn needs to be replaced.

Davies has defended ok but his passing is atrocious

Davies is so bad! Forget how bad he was at left back.

Ben Davies is so bad man

Please get Davies off, he’s been awful

Cannot comprehend how Jose feels Davies is the better option against a player like Salah? If anything else Reggie makes Salah have to track back and keeps TAA from getting to far up the pitch! Davies is a massive liability despite his possible better defensive presence

All in all, it would appear that these Spurs fans were far from happy with Davies performance in the Liverpool clash, with some suggesting that the defender is as bad a passer of the football they have seen, while others stated their belief that the player is a massive liability in the side.