A lot of Tottenham Hotspur fans have replied to a post from The Spurs Express that has relayed news from Fabrizio Romano regarding Heung-min Son’s potential new contract with Spurs.

According to Romano, the South Korean international is very close to signing a new deal with the north London club, and this has drawn a huge reaction from many Spurs fans who are buzzing.

What do these Tottenham fans make of this news on Son?

there’s tears in my eyes

Are you pleased with this news? 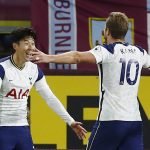 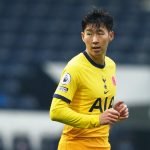 Son has been in sublime form for Tottenham this season as he has scored 13 goals and provided six assists in 17 games in all competitions.

The 28-year-old’s current contract does not expire until June 2023, but Tottenham supposedly decided to raise his wages to match those of Harry Kane to represent how important he is to Spurs.

This post continued to draw in excited Spurs fans.

Son has played a crucial role in Tottenham’s rise to the top of the Premier League table and has played in every game this season and has scored ten goals, while he has also provided three assists and earned an incredible average rating of 7.68.

There is no question that Son deserves his new contract with Tottenham, and if Romano is right, he should be signing that deal soon, which has excited a lot of Tottenham fans.