Fans of Tottenham Hotspur have been reacting to a post on Twitter, which relayed a report that claimed Spurs will allow Paulo Gazzaniga to leave the club in the January transfer window.

According to Alasdair Gold, writing for Football.London, Spurs were willing to let Gazzaniga leave the club over the summer transfer window and have not changed their position heading into the winter market, still being prepared to sell the ‘keeper should a ‘suitable offer’ arrive.

The £3.6 million-rated 28-year-old, who Tottenham signed from Southampton back in 2017, found himself left out of the club’s Europa League squad this season, and, following the summer arrival of Joe Hart, has yet to even feature on the bench for Jose Mourinho’s side this season.

And, after Last Word On Spurs shared this news on Twitter, fans of Tottenham flocked to have their say on the goalkeeper’s potential departure.

Would you be happy to see Gazzaniga leave? 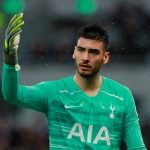 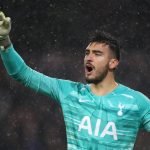 So, what exactly did these Tottenham Hotspur fans have to say in reaction to the transfer news regarding Paulo Gazzaniga?

“He should be a starting keeper he’s so good”

“So disappointed he could be future number one, loan him a d keep”

“Poor decision if this happens, much better than Hart at this stage of careers”

“Shame as the lad has done absolutely nothing wrong.”

“Why has he got the cold shoulder, I thought he was a great keeper. OK Hart has experience and size but I’d still take Paulo”

All in all, it would appear that many of these Spurs fans would be sad to see Gazzaniga leave the club, however, some do admit that the Argentine is too good to be a third choice, while others stated their belief that the 28-year-old’s sale would be a shame as they feel he has done nothing wrong in his time at Tottenham.