Many Tottenham Hotspur supporters have flocked to social media in order to respond to a Twitter post from @LastWordOnSpurs which relayed a report from Danish outlet Ekstra Bladet regarding Christian Eriksen.

The former Spurs man left the north London club at the start of the year to join Inter, but it’s fair to say things haven’t gone as the 28-year-old might have hoped. His latest involvement for the Serie A club came during their victory over Bologna at the weekend when Antonio Conte introduced him in second-half stoppage time to replace Alexis Sanchez (as per Transfermarkt).

According to the Danish outlet (via TEAMtalk), the £45m-rated star being introduced so late in the game was humiliating for the midfielder and the manager’s decision could be part of a plan to push him towards the exit door this January.

How have these Spurs fans reacted to the latest report regarding Christian Eriksen?

The definition of a player who thought he was better than he was. Great for us. He’s no superstar though.

I loved him, thought he could have had a few more goals, and his corners were shocking, but he wanted to go and it’s not gone how he thought it would. To be fair, I dont see a place for him in our current set up, wish him the best but in think he’s done

But he wanted a new challenge guys…. ?

Would you take Christian Eriksen back at Spurs? 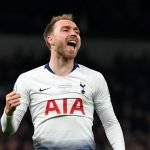 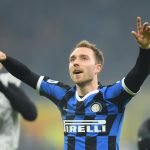 We have all made bad decisions in life.

Not spurs news….not our issue anymore

@KhaleesiBW this actually makes me sad

It’s clear from the above responses that this particular group of supporters have very little sympathy for the attacking midfielder. Eriksen has been named in Inter’s starting eleven in Serie A this season just 30% of the time (as per Transfermarkt). He’s played just 216 minutes in the Italian top flight and therefore you can understand why a January exit for the player could potentially be on the cards.