Many Tottenham Hotspur supporters have been reacting to a Twitter post from @Daily_Hotspur in which they shared a video of Ryan Sessegnon in action that was originally posted by TSG Hoffenheim’s official account.

The 20-year-old is currently on loan to the Bundesliga side after making just six Premier League appearances for the Lilywhites last season (as per Transfermarkt). In August 2019, the North London-based club paid a reported £24.3m to sign the player from Fulham but his first season with Spurs was disrupted by a hamstring injury he picked up prior to even joining the club which saw him miss a total of 129 days.

Following the news that the England Under-21 international has been named the German side’s player of the month for November, many Tottenham fans took to social media to share their thoughts.

How have these Tottenham fans reacted to the news regarding Ryan Sessegnon?

He is really starting to shine in recent weeks

Good to see him getting minutes. ?

That’s amazing for him. Seems to be developing more of a winger than left back

congrats to the lad

Do you think Sessegnon can be a success at Spurs in the future? 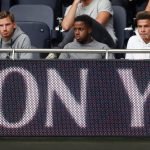 A loan spell could be making of the lad https://t.co/5WDkAr1AWJ

It’s clear from the above responses that these Spurs supporters are pleased to see Sessegnon performing in Germany and winning himself an award for November.

The player has made just six appearances in the Bundesliga this term, his average performance rating currently stands at a solid 6.52/10 (via WhoScored) and so perhaps it is his performances in the UEFA Europa League where he has a stronger rating of 6.67/10 that have impressed the Hoffenheim faithful.