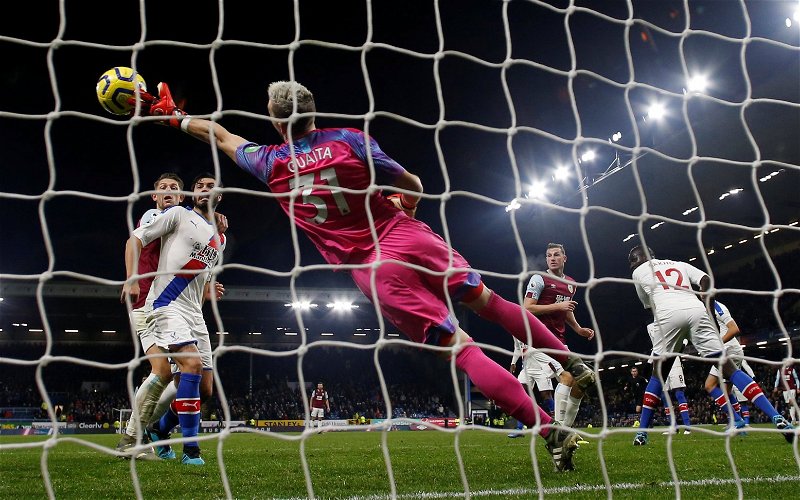 Following Tottenham Hotspur’s 1-1 draw with Crystal Palace on Sunday, fans of Spurs have been heaping praise on Palace goalkeeper Vicente Guaita for his performance in the fixture.

Despite facing six shots on target in the match, Guaita pulled off several ‘stunning saves‘ to ensure that his side did not leave the game empty-handed against Spurs, with fans ranking the Spaniard as the Man of the Match.

And, despite the fact the goalkeeper was one of the primary reasons as to why Spurs did not take maximum points from the fixture, many took to Twitter to praise the £3.6 million-rated 33-year-old.

Do you think Guaita was the Man of the Match against Spurs?

So, what exactly were the Tottenham fans saying about Vicente Guaita’s performance?

Really frustrated as a Spurs fan but what a man, Vicente Guaita, what a man ?? pic.twitter.com/kBIQm5NqmM

Those saves from Guaita in the final third – just WOW! What a game! Glad Spurs is still top of the table, though I know it’s not gonna like that for long now. #CRYTOT #spurs #THFC

Guaita was immense today!! But annoying how we just sat back at 1-0 up . Got what we deserved really but a point is a point I suppose #paltot #THFC #COYS

I’m going to have nightmares about Guaita tonight…#COYS #THFC

On another day it’s 3 points, a deserved point for Crystal Palace

Not sure about that. Spurs could have scored 4 or 5 today if not for Guaita playing out of his mind.

Turning into prime Buffon against Spurs

Missed opportunity. Guaita had a masterclass but we get too defensive in the second half which cost us. https://t.co/Qswu0VBYca

All in all, it would seem that these Tottenham fans were very impressed with the performance of Guaita on Sunday, with a great number of them taking to Twitter to praise the 33-year-old, with some even comparing the Palace shot-stopper to Manuel Neuer and Gianluigi Buffon.