Supporters of Tottenham Hotspur have recently gushed over a transfer claim regarding Sergio Reguilon which was made by Fabrizio Romano.

Back in September, the left-back signed for the north London outfit, however, it was reported that Real Madrid have a £27.5m buy-back clause for the player (per BBC).

During a recent episode of the Here We Go podcast, the in-the-know journalist discussed this buy-back clause and made a claim regarding it.

The comments were picked up by THFCReport and relayed by them, he said: “There are still people who say Real Madrid will buy Reguilon next summer.

“[Final] decision is up to the player and he is totally focused on Tottenham. He is so happy with [the] Tottenham atmosphere. Don’t worry Tottenham fans.”

Lots of Spurs fans then flocked to this tweet to air their thoughts on Romano’s claim.

So, what did these Tottenham fans have to say about Fabrizio Romano’s claim regarding Sergio Reguilon?

“Reguilon is here to stay”

With the buy-back clause which Real Madrid have for the Spaniard reportedly being £27.5m, that is not much above his market value, which is £25.2m according to Transfermarkt.

Have you been impressed with Sergio Reguilon since he signed for the club? 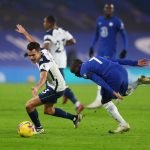 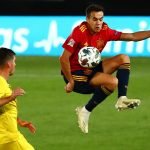 Since signing for Spurs, Reguilon has made 10 appearances in the Premier League, in which he has managed to provide two assists for teammates (per WhoScored).

Over the outings, the 24-year-old defender has earned a fairly respectable 6.78/10 average rating, making him the seventh-best performer in Jose Mourinho’s squad.

As can be seen in these responses from Tottenham fans, lots of them were delighted following Fabrizio Romano’s claim on Sergio Reguilon.